You are using an outdated browser. Please upgrade your browser to improve your experience.
Music
by Jeff Byrnes
August 19, 2015

Apple’s public relations team has proven once again that it isn’t afraid to mix it up with the press at least a little bit. Cupertino was very quick to respond recently when MusicWatch sent out a press release containing this paragraph:

Nearly two-thirds (64 percent) of current users said that they were extremely or very likely to pay to subscribe to Apple Music after their free trials end. On the other hand, 61 percent reported that they had already turned off the auto-renewal option in their iTunes account settings.

The 61 percent turn-off figure got picked up by a number of tech news outlets, according to a report in Fortune, along with the suggestion almost half of the Apple Music users have stopped using the service. Apple’s PR team responded to The Verge in less than four hours, telling them that, in fact, 79 percent of people who signed up for Apple Music are still listening to the streaming service.

Whether the proactive PR campaign is a result of Jimmy Iovine’s influence, who knows the damage that a bad MusicWatch report can do, or if it’s the willingness of public relations chief Steve Dowling to go toe-to-toe with the press, one thing is clear. Cupertino is taking its place in the music industry seriously, and it’s willing to duke it out for Apple Music to grow its share of the music streaming market.

Personally, I think any discussion of the numbers is a moot point right now. Everyone using Apple Music is on a free trial until at least early September, and even I turned off the auto-renewal option when I first started using Apple Music. I’ll definitely renew my subscription, but I’ll do so under my own timing, and I’m sure that I’m not alone in that. We’ll see how the service fares after the trial is over, and then I’ll take the numbers seriously.

For more Apple Music news and information, check out Pharrell, One Direction and more lead Apple Music Festival or Apple Music’s killer feature: Siri tricks. If you’ve got questions about Apple Music, we’ve got answers in our definitive guide to the service. 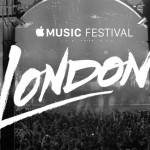 Apple releases iOS 8.4.1 with improvements to Apple Music
Nothing found :(
Try something else