You are using an outdated browser. Please upgrade your browser to improve your experience.
That iThingy You're Wearing
by Karen Freeman
August 11, 2015

Like most of us here at AppAdvice, I’m a huge Apple fan. I’ve been a happy MacBook, iPad, and iPhone user for years. But when the Apple Watch was announced in 2014, I just wasn’t convinced. I was content with the Movado watch I’d been wearing most of my adult life and couldn’t see any reason to stop. I watched the special Apple Watch event keynote speech and was left feeling “meh.” The watch was too big for my small, female wrists. I already had a nice watch; I didn’t need another one. I already had a Fitbit reliably counting my steps; I didn’t need more fitness tracking. I didn’t need an iPhone strapped to my wrist; it’s already in my pocket, my purse, or in my hand most of the time. It was too expensive, too … unnecessary.

So the Apple Watch release date came and went. Many of my AppAdvice and WatchAware colleagues had gotten their Apple Watches and were happily exploring interesting new features. I asked them all repeatedly, “What do you like about it? What features do you find yourself using? What apps do you like?” There wasn’t one response that convinced me, but my resolve not to buy one was starting to soften. What cinched it for me was getting over the enormous size of it, the one hurdle that all of the discussion in the world couldn’t change: I saw Robin wearing hers on AppAdvice Daily. It looked great on her, not huge and strange as I’d feared it would be on me. Seeing it on ultra-tall supermodel Christy Burlington Burns at the Apple event hadn’t convinced me, but Robin is smaller than I am, and so if she could pull it off, so could I.

Less than a month after release, I had my 38mm Apple Watch Sport. I fell in love with it so quickly that I soon upgraded to the stainless steel Apple Watch for fear of scratching the precious screen. I thought I just upgraded for the more scratch-resistant sapphire screen but soon realized that the upgrade was worth it for the metal itself. The Sport model is a perfectly nice gadgety watch, but shiny stainless steel lends the Apple Watch to a far more jewelry-like appearance.

So why do I like this watch, but still don’t recommend it to my friends and family? It’s a nice little convenience. It’s not that I or anyone needs one, it’s just really enjoyable to own.

My favorite things about Apple Watch

Listed from most important to least: 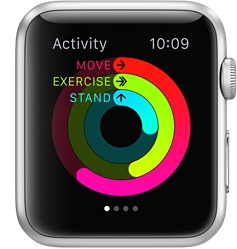 Activity: I already had a Fitbit and made sure I got my 10,000 steps in every day, or close to it. I already worked out nearly every day for at least an hour, so I figured I didn’t need anything else to get me moving more. Except, the Apple Watch got me moving more. More than trying to hit that 10,000 step mark or beat my “Fitbit friends,” those Activity circles are incredibly motivating. The green Exercise circle is easy for me to fill without much effort, since Apple has set it for 30 minutes a day, and I’ve been a regular exerciser for years. My efforts to fill the blue circle keeps me from spending most afternoons on my computer, seated on my couch. As a bonus, standing and moving around every hour gives me more energy. The red Move ring is probably the hardest ring to fill, and that’s a good thing. An hourlong workout, even a tough, sweaty one, will not burn the 500 calories per day my Apple Watch “requires” of me. I need to keep moving throughout the day to fill it. My activity level has increased since I’ve had the watch. And I’ve lost a couple of pounds, without changing my eating habits at all. 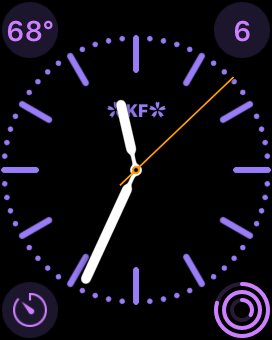 Complications: I like being able to glance at my watch and take in the time, day, date, weather, and activity level in a split second. Of course, I can find all of that information on my iPhone, but a twist of the wrist is quicker. Plus, once you open up that iPhone, it’s very easy to get sucked in further. You might have just been looking for the temperature outside, but then you see you have five new emails and a couple of Twitter mentions and the next thing you know you’re scrolling down your Facebook page. 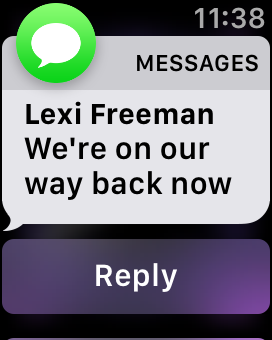 Notifications: I’ve finally got my Apple Watch’s notifications set up so that just the most important ones come through. I love being able to leave my iPhone inside my purse, confident that I’ll get a tap on the wrist if anything urgent comes up. It’s also nice to be able to take care of many texts using a quick pre-set message rather than fiddling with my phone. 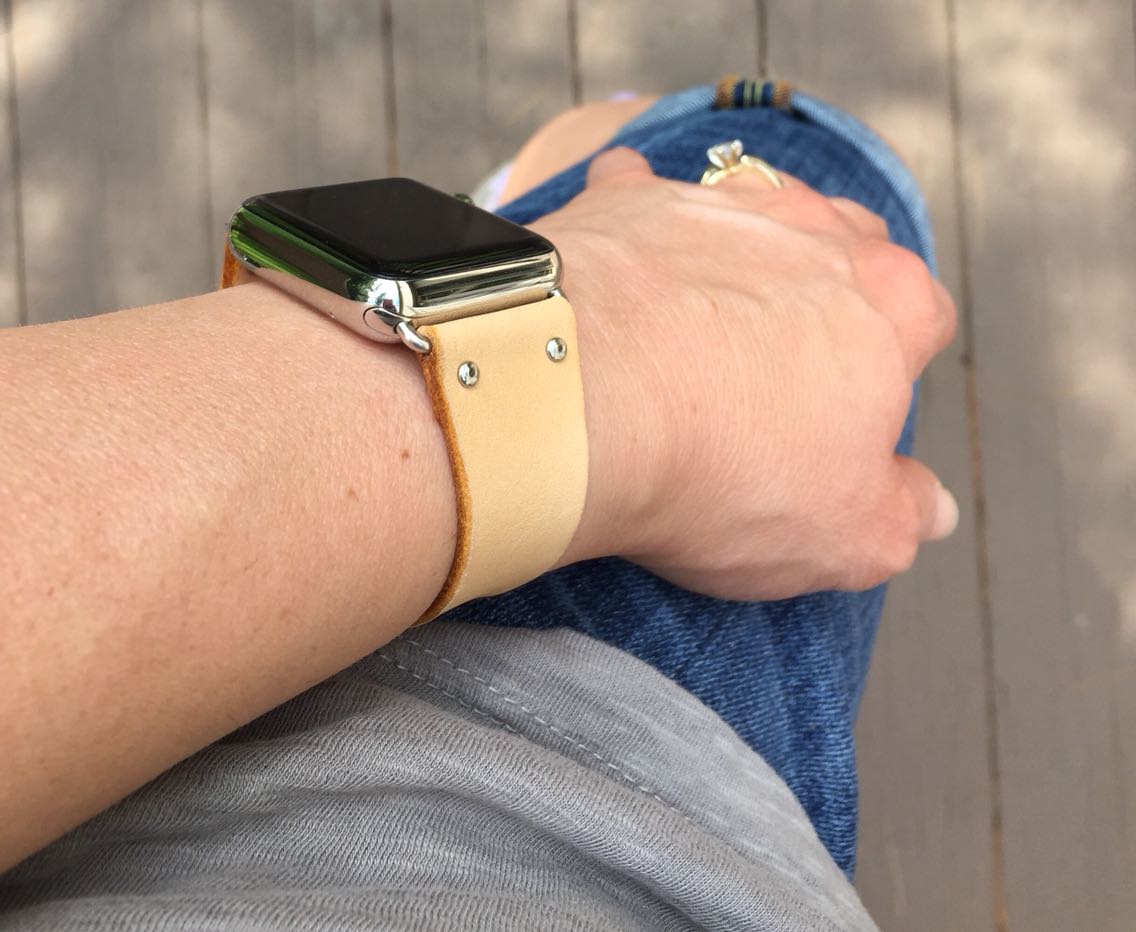 Fashion: The Apple Watch is a pretty cool-looking watch; there is not another smart watch on the market I would even consider wearing. Apple makes a nice variety of bands, but third-party companies make far more, and the options are increasing by the day. There is something out there for every taste and aesthetic.

It could be a little faster and thinner, but those things don’t bother me. I don’t even want a camera or independence from the iPhone. Another monthly data bill to pay? No thanks. I don’t even mind how poorly the third-party apps are integrated because I don’t feel they’re a necessary part of the watch. If you’re going to be tap-tap-tapping away for a while, it feels kind of silly to do that on your wrist: just take out your phone.

There is only one thing that bothers me about the watch, and that is the fact that it’s a “disposable watch.” The price alone isn’t the problem; my Movado was a similar price. But the Movado was my go-to watch for 15 years and is still in near-perfect condition for me to hand down to one of my daughters one day. The Apple Watch will be outdated in just a few years. For tech bloggers like us, who tend to have the latest model of everything, it could be as little as a year. Ouch. The Apple Watch is going to be a very expensive habit.

This is a niche product; it’s just not for everyone. A lot of small conveniences and pleasures add up to a lovely luxury, not a necessity. Plenty of people, including just about everyone I know outside of the tech blogosphere, will never see the point of it, and that’s ok. They’re not missing out on some big thing, and I wouldn’t try to convince them that they are. All I can tell you is that if I didn’t have my Apple Watch now, I’d miss it a lot. 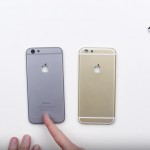 Apple banishes 'Bendgate' with a slight change to the 'iPhone 6s'