You are using an outdated browser. Please upgrade your browser to improve your experience.
iDevices
by Jeff Byrnes
August 19, 2015

In June, we reported on rumors that the next generation of the iPhone would use the same custom Series 7000 aluminum as the one used for the Apple Watch, allowing the handset’s case to be up to 60 percent harder than that of the iPhone 6. Recently, a video from Unbox Therapy showed that the alloy used for the next-generation iPhone, dubbed the “iPhone 6s,” contains roughly five percent zinc, an element not found in the iPhone 6 shell.

The 7000 Series aluminum alloy used for the Apple Watch, however, does contain approximately that amount of zinc, which would seem to confirm that the new iPhone 6s will feature a stronger case than its predecessor. The proof is in the pudding, however, and Unbox Therapy managed to get its hands on an iPhone 6s case and put it to a bend test.

Unbox Therapy’s full video is below, so check it out or click here if it fails to load. They start testing the ability of the iPhone 6 to bend at approximately the 6:33 mark, and find that the current-generation handset begins to deform at a little more than 30 pounds. By way of contrast, the iPhone 6s is tested beginning at the 8:29 point in the video, and takes more than 80 pounds of force to begin bending the case.

You might recall our coverage of SquareTrade’s tests of the tendency of the iPhone to bend, and those numbers were considerably different from what Unbox Therapy found. The difference between the two tests is that SquareTrade was testing the complete iPhone, while Unbox Therapy is working with just the shell of the iOS device.

This does not sound like a real world test, but there’s still good reason to evaluate the strength this way. The hypothesis is that the iPhone 6s is using a stronger aluminum alloy for the case, so the exterior part itself needs to be evaluated. If an entire iPhone was used for this test, the innards might skew the results by being stronger or weaker between generations.

This is good news for people who carry their phones in their back pocket. With more than double the tensile strength of its predecessor, the iPhone 6s should be far less likely to bend and break. Honestly, I think the problem was blown out of proportion, but it’s good to see Apple changing materials to something stronger and less likely to bend. 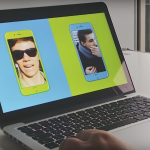 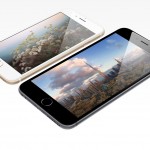 Will the next-generation iPhones arrive on September 18?
Nothing found :(
Try something else