You are using an outdated browser. Please upgrade your browser to improve your experience.
Apple's Competitors
by Jeff Byrnes
August 21, 2015

Samsung is at it again, trying to draw away loyal iPhone customers with its latest Galaxy handset offerings. In this case, the Korean company is teasing potential switchers with a “try before you buy” program and yes, the plan is specifically targeting iPhone users.

Dubbed the “Samsung Ultimate Test Drive,” the plan allows users of major United States cellular carriers to try out one of the latest Samsung phones for 30 days with no obligation. To qualify for the offer, customers have to visit a special Samsung Web page using their iPhone. I tested the page using Safari on a MacBook Pro, and was advised that I had to enroll from my iPhone to receive a Test Drive phone.

It’s a gimmick, and that’s all it is. Samsung has been experiencing declining sales, leading to second quarter 2015 earnings estimates in July suggesting, according to The Wall Street Journal, that “sales of its new flagship smartphones were significantly worse than expected.” The Korean company earned just $6.1 billion in operating profit for the second quarter, a 4 percent decline from the same period a year earlier. Revenue was said to have dropped 8.4 percent.

If Samsung hopes to capture enough of the iPhone market to make a serious difference in its bottom line, I think the company needs to do more than just offer a gimmick 30-day trial offer of a phone. Technically, anybody who upgrades their phone with one of the major carriers has a 30-day return window anyway, so this offer isn’t even a flash in the pan.

Don’t get me wrong. I still signed up for the program, just to try out one of the new phones. I’ve owned Samsung Galaxy phones in the past, though, and seriously doubt I’ll see anything in this one to convince me to keep it. 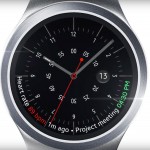 Samsung teases us some more with a Gear S2 video 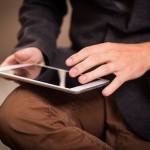