You are using an outdated browser. Please upgrade your browser to improve your experience.
That iThingy You're Wearing
by Jeff Byrnes
September 16, 2015

We were expecting to see watchOS 2 release today, alongside iOS 9. Unfortunately, that won’t happen, according to a report from TechCrunch. Apple has found a critical bug in the new operating system, and has not been able to fix it as quickly as they had hoped. Apple told TechCrunch:

We have discovered a bug in development of watchOS 2 that is taking a bit longer to fix than we expected. We will not release watchOS 2 today but will shortly.

TechCrunch points out that it must have been a relatively important system affected by the flaw, because this was a highly prominent update. The revised operating system not only adds a handful of new features, but also gives app developers direct access to hardware sensors and more efficient data streams between the iPhone and Apple Watch. Furthermore, it allows apps to run natively on the smartwatch.

I haven’t noticed any major problems with watchOS 2, but I’m glad to see Apple setting its pride aside and delaying the release until everything is “just so.” Other manufacturers might go ahead with the release and then publish another update a few days later to fix the bug.

Apple has not given any indications as to when watchOS 2 would be released beyond “shortly,” so we will hope that it only takes a day or two of work to get the bug squished and the new build released. As always, stay tuned to AppAdvice for more information on the release of watchOS 2. 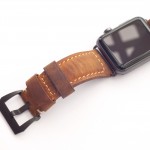 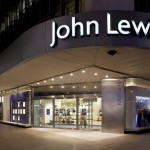