You are using an outdated browser. Please upgrade your browser to improve your experience.
That iThingy You're Wearing
by Jeff Byrnes
September 9, 2015

At Wednesday, Sept. 9’s “Hey Siri” event, Apple took advantage of the opportunity to talk about Apple Watch and show off some new finishes for its smartwatch.

Customer satisfaction, according to CEO Tim Cook, is at an incredible 97 percent. Vice president of operations Jeff Williams provided updates about where Apple Watch is going with watchOS 2.0.

The announcements regarding the wearable device included a series of updated Apple Watch bands, a less expensive gold Watch option, and the final touches on watchOS 2.0. Williams reported that there are already more than 10,000 Watch apps available for download.

The Sport Band lineup is being updated with new options, many of which we saw sneak peeks of when Apple’s chief design officer, Jony Ive, showed them off at private showcase events. The colors include purple, dark blue, light pink, yellow, and even a (Product) Red band option. 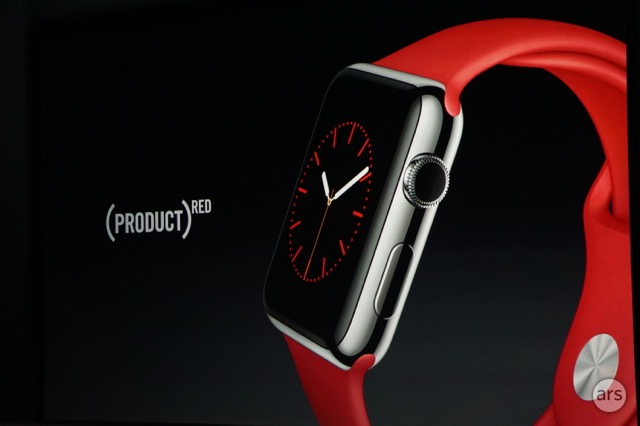 Apple further announced that gold and rose gold anodized aluminum finishes would be available in the Apple Watch Sport lineup, at the same price as existing models. Availability begins now for these new options 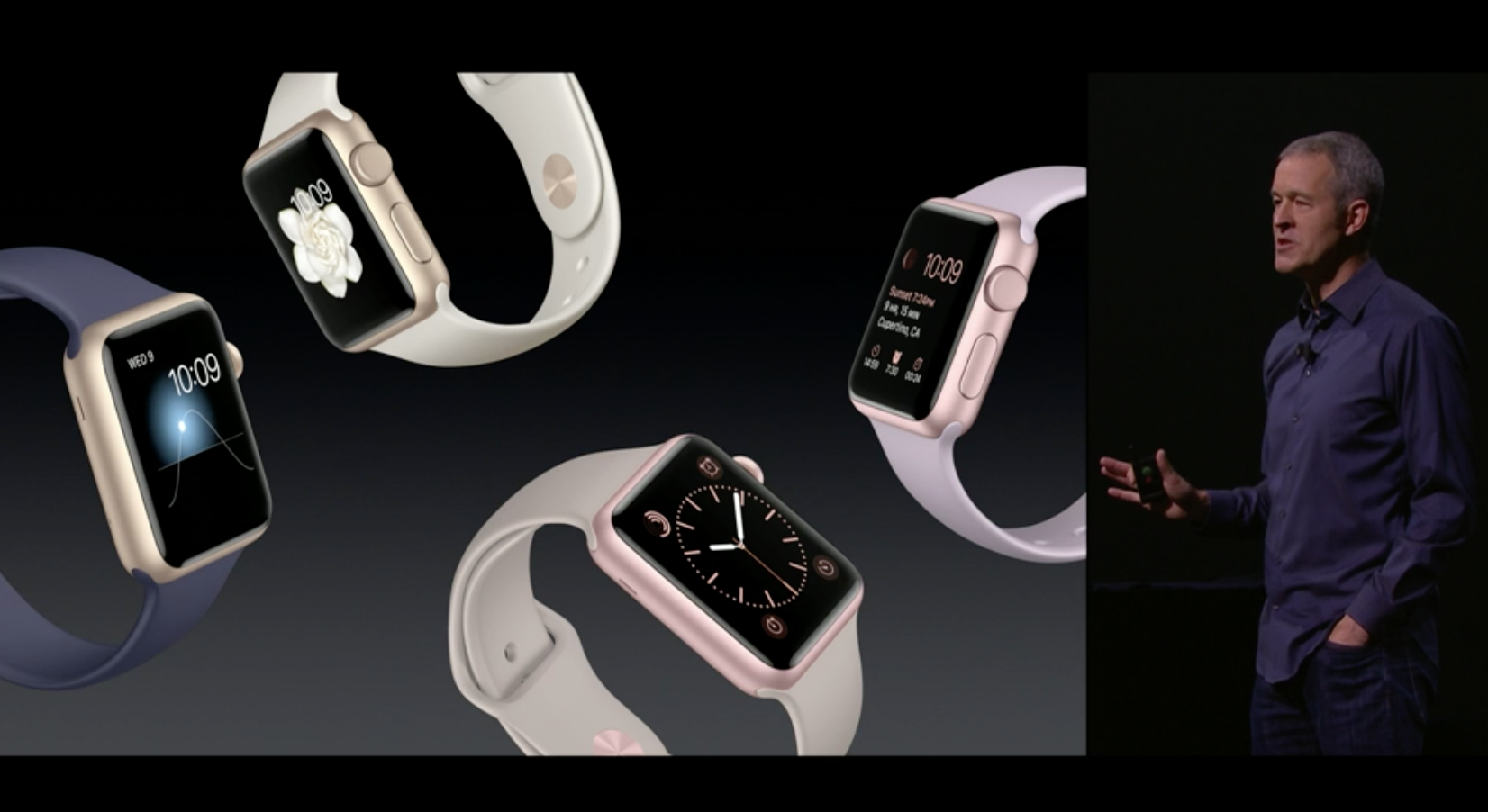 Cupertino also announced a partnership with Hermes to create a collection of new bands for the wearable device. Three new bands are available in select stores beginning in October. 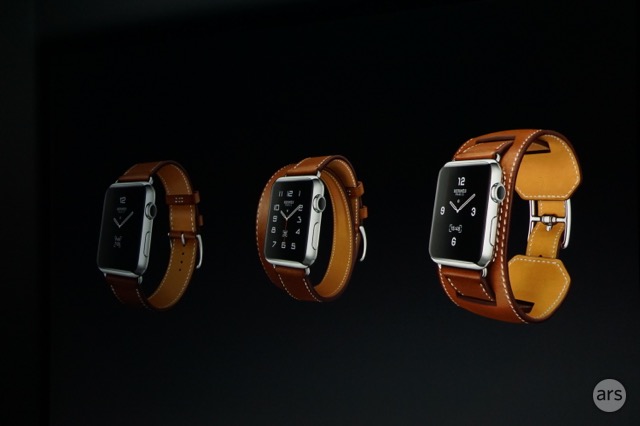 The new version of watchOS will release to the public Sept. 16, and has some great updates. There is now a Nightstand Mode for timekeeping and managing alarms, along with an Activation Lock to deter theft. Apple has also opened up the smartwatch to allow the ability to run apps natively on the Watch for increased speed and access to the hardware sensors. We’ll see new watch faces, support for third-party watch face complications, and more extensive options for the Digital Touch messaging service.

Facebook Messenger was highlighted in the keynote, a native app that will access the microphone for sending messages. GoPro’s app will also go native, allowing you to use your Watch as a viewfinder for your the GoPro camera. 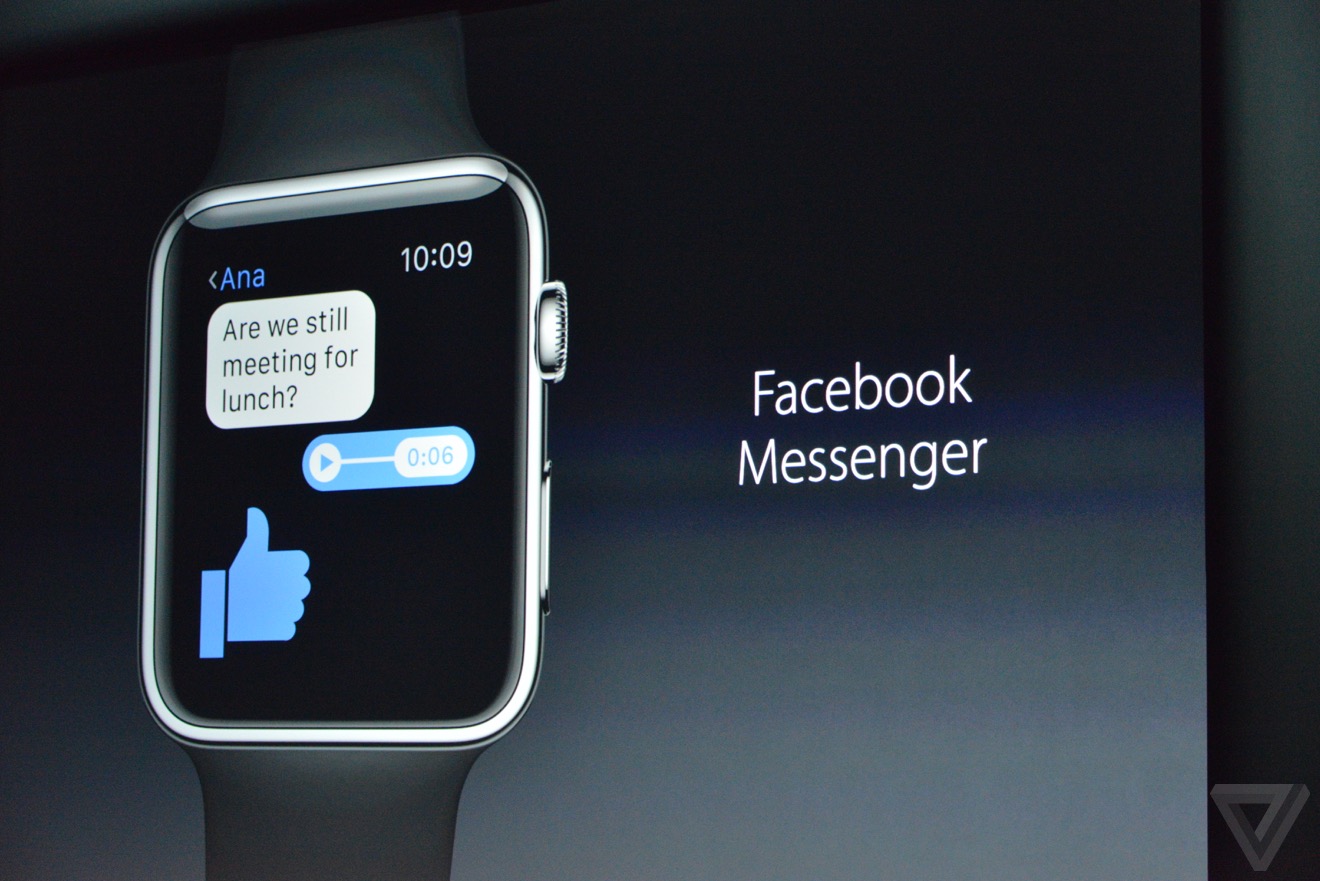 In healthcare, Apple showed the use of Airstrip One, a medical record keeping app that provides doctors and nurses with real-time access to patient charts and vital signs. 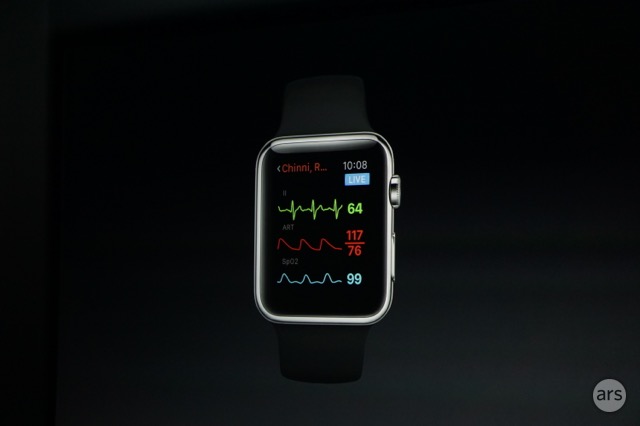 My take on the updates

I’ve been using the beta of watchOS 2.0 for a while now, and I must say it is leaps and bounds better than the first operating system. I look forward to some of my apps running natively on the accessory. I also love the new additions to the Sport Band lineup, and may actually decide to put something other than a black band on my own Apple Watch. 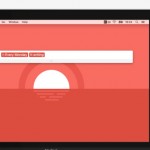