You are using an outdated browser. Please upgrade your browser to improve your experience.
Deals & Shopping
by Jeff Byrnes
September 24, 2015

There’s been quite a bit of talk about preordering the iPhone 6s and iPhone 6s Plus, but what if you’re on an older device and just want to get something newer? Say, for example, you own handset that’s two or three years old and just want to step up to the iPhone 6. Sure, you can still buy those from Apple, but you’ll pay almost as much as if you purchased the iPhone 6s.

Gazelle, usually known for its practice of buying used smartphones, also runs its own online store to sell handsets. With special preorder pricing valid until Sept. 30, customers can save as much as $171 on the iPhone 6. Want an iPhone 6 Plus? Gazelle can save you as much as $181, compared to Apple’s pricing.

Of course, this is comparing Apple’s brand new device with Gazelle’s certified Excellent, which isn’t quite the same. However, Gazelle does an excellent job of rating its devices, and anything labeled as Excellent is going to be almost new. Here’s a breakdown of what you would pay for various 64 GB devices, along with the savings compared to Apple’s pricing.

This is excellent news for anybody who hasn’t yet moved up to the iPhone 6, but Gazelle’s pricing is only valid through Sept. 30. Hopefully this promotion will end up spurring Apple and the carriers to further reduce the pricing for the older generation of handsets, but I have my doubts that will be the case. 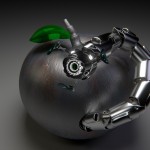 Apple says the problematic XcodeGhost is still out there 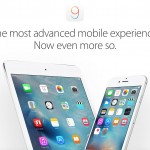 Apple officially releases iOS 9.0.1 to the public with bug fixes
Nothing found :(
Try something else