You are using an outdated browser. Please upgrade your browser to improve your experience.
Connected Theater
by Jeff Byrnes
September 2, 2015

The rumored next generation of the Apple TV may be unveiled as early as Sept. 9 at Apple’s “Hey Siri, give us a hint” event. The device is expected to be radically overhauled, and Brent Dirks has described it as “a gamer’s paradise.” What will really impress me, though, is a feature that Apple TV users have been clamoring about for years: universal search.

According to a report from Buzzfeed, sources familiar with the next-generation Apple TV say that just such a feature will be a cornerstone of the new set top box. This will allow you to search across multiple streaming video services, along with Apple’s iTunes Store, and will be tightly integrated with Siri.

There will be no more searching the catalogs of multiple services one at a time. Instead, you’ll be able to search for actors, directors, and other even more targeted searches, using Siri’s help. This will be especially important when Apple launches its own streaming television service in 2016.

If this feature comes to be, it will be huge news for the Apple TV. Finding content to consume is a tedious chore right now, but being able to search through all of your available channels at once and then choose which one you want to use will make the experience much more natural and easy.

I previously pointed out that Siri would be a key reason to convince me to purchase the set top box, and this is the reason the voice assistant deserves her place on the Apple TV. With Siri and universal search included, I’ll be sure to purchase a new Apple TV, even at the higher starting price of $149 that Buzzfeed is reporting. 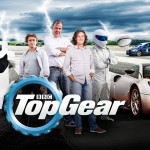