You are using an outdated browser. Please upgrade your browser to improve your experience.
iDevices
by Jeff Byrnes
September 10, 2015

Apple is the epitome of innovation, and little showcases that talent as well as the new 3D Touch feature of the iPhone 6s and iPhone 6s Plus. It makes you wonder what life might be like inside the inner sanctum of Apple’s design studio, and Bloomberg was able to score an almost unprecedented look inside that environment. What they learned is that Cupertino’s design studio is nothing at all like you would imagine it to be, and yet it’s exactly how it should be.

Does Apple hide magical unicorns in its design studio?

Bloomberg describes the studio as being “more mystical in the imagination than in real life.” The space is designed according to an open floor plan, with young men and women of all nationalities and keen grooming working quietly in front of iMacs. They have long wooden break tables near a kitchen, an espresso machine, and a curtain that masks the industrial design studio. That space, alas, Bloomberg was not allowed access to. Maybe that’s where they keep the magical unicorns?

Raising the bar for excellence

The uniting factor that all of the designers and engineers within this area hold on to is the knowledge that the appreciation of excellence can quickly fade away. Because of this, senior vice president of worldwide marketing Phil Schiller told Bloomberg, “The bar for functionality is higher with every generation.”

This search for excellence means that Apple’s design projects typically don’t have formal beginning and end dates, instead morphing and evolving through months of “wrong turns and scenic routes.” Bloomberg points out that nobody they spoke with can remember when the design group decided to add 3D Touch to the iPhone, but for years they were asking how to cut back on the number of times a user had to press the Home button.

The markings of a design-first company

What really makes Apple’s design team stand out from the crowd, though, is the fact that Apple is a design-first company. Apple’s senior vice president of software engineering Craig Federighi points out that most software companies function by the designers deciding what they want, and the engineers responding with what’s easy to manufacture. It’s so different at Apple, Federighi says, that it was only at the point where the designers of 3D Touch “finally got a design experience that’s like, ‘Yes! This is what we want!’ that we [asked] how hard it’s going to be to make.”

The cross-functional and tightly woven team

Designers at Apple don’t have to spend a lot of time in meetings, but they are so intensely mixed with materials specialists and engineers that Bloomberg described the group as “one amorphous, cross-functional team.” Apple rarely, if ever, sees turnover in the design studio, and new staff are only brought on board after “a courtship that makes selecting a spouse look careless by comparison.”

Almost every designer at Apple, according to Alan Dye, Apple’s vice president of user interface design, maintains a constant sense of low-level anxiety. They are almost continuously nervouse that they’ll be revealed as lousy designers and frauds, but they temper this anxiety into performance. In this way, they avoid feelings of guilt, and end up with features that stagger the imagination.

Much has changed at Apple over the years, but Bloomberg found that one thing that hasn’t changed is the design team’s faith that they are right about how things should work. Cupertino rests its future on the team’s insights and instincts, avoiding focus groups like the plague. Most of the time, the results of those instincts and efforts are right on the money, and I believe 3D Touch will follow in those same footsteps. 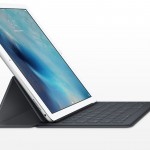 Your new iPad Pro will have 4GB of RAM, or will it? 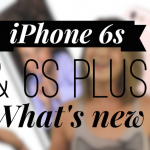 Are you going to upgrade? We've got the goods on iPhone 6s and 6s Plus
Nothing found :(
Try something else