You are using an outdated browser. Please upgrade your browser to improve your experience.
Connected Theater
by Jeff Byrnes
September 18, 2015

It’s that time of year, it seems, for new set top boxes and the like. Cupertino announced the new Apple TV, Amazon’s coming out with a new Fire TV and Fire TV Stick, and now the second-generation Google Chromecast hardware is set to debut at Google’s event in September. According to 9to5Mac, Google’s new hardware will have a number of features that position it strongly to compete with the Apple TV.

From the internal documents that 9to5Google obtained, quite a bit will be different with the new Chromecast. The dongle form factor is being abandoned, but what exactly the new device is supposed to resemble is quite a mystery. Inside the device, though, the changes really begin. There are quite a few of them, so let’s look at the most interesting.

It looks like the new Chromecast will probably support 802.11ac wireless networking, which will make it much zippier. It will also support something called “Fast Play,” allowing it to establish a connection faster and play content more seamlessly when the “Cast” button is pressed on a connected device. Since slow connection time is one of the most frustrating aspects of the current Chromecast, this feature could be very compelling.

The Google Chromecast has supported Google Play Music, Netflix, Pandora, and other subscription-based services for quite a while, but Spotify has been left off the list. Leaked documents seen by 9to5Google show a number of announcements for September, and one of them is Spotify support. This is important support for a device going up against Cupertino’s Apple Music support in its own set top box.

What really interests me about the rumored second-generation Chromecast is support for content feeds on the home screen. We don’t know for sure what kind of feeds would be supported, but it seems pretty likely that you would be able to add social media or image feeds to play when your Chromecast is in the screensaver mode. You can already customize the Chromecast backdrop with weather and art, so this seems like a natural extension of that.

Whatever Google announces, we will be there to see how it stacks up against the Apple TV. I’m always interested in trying out new set top boxes to see which offer the best experience, and the Chromecast is definitely high on my list to evaluate. 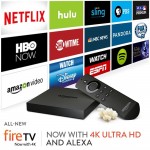 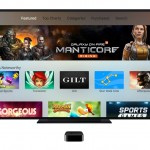 All Apple TV games must be playable with the included remote
Nothing found :(
Try something else