You are using an outdated browser. Please upgrade your browser to improve your experience.
Apple In Court
by Jeff Byrnes
September 8, 2015

If you’re worried about your iMessages being turned over to the COURTS, you can rest easy. Cupertino states that the entire system is encrypted, and Apple doesn’t have the capability of decrypting those messages for the courts, according to The New York Times. This information comes to light because of a criminal case involving guns and drugs in which the Department of Justice obtained an order demanding Cupertino turn over text messages between suspects who were using iPhones.

Tougher encryption is to thank

The Times reports that government officials have been saying for months that a standoff like this was inevitable, because Apple, Google, and other technology companies are embracing tougher encryption. In an era coming after the Edward J. Snowden’s Wikileaks saga, American technology companies are spending considerable resources to demonstrate that they want to protect customer information.

George J. Terwilliger III, an attorney representing technology companies, told The Times, “It’s become all wrapped up in Snowden and privacy issues.” Terwilliger was a Justice Department official 20 years ago who faced the challenge of determining how to wiretap emerging digital phone networks.

The government’s not giving up

Senior Justice Department and Federal Bureau of Investigation officials even advocated taking Apple to court in an attempt to convince Cupertino to find a way to turn over the text messages, but that prospect has been tabled for the time being. However, Microsoft is embroiled in a court dispute with the Justice Department over Redmond’s refusal to comply with a December 2013 warrant to turn over emails from a drug trafficking suspect. Microsoft said officials would need an order from an Irish court, because the emails in question were stored on servers in Dublin.

What does this mean for us?

As long as technology companies are able to resist court orders for iMessages and other forms of digital communication, our privacy is somewhat secure. If the United States government wins its efforts to breach that privacy, however, Microsoft general counsel Brad Smith claims that “the door is open for other governments to reach into data centers in the U.S.”

While Apple isn’t talking about the current court battles, CEO Tim Cook has made statements on digital privacy, The Times points out. At a conference on electronic privacy, the executive said, “There’s another attack on our civil liberties that we see heating up every day — it’s the battle over encryption. We think this is incredibly dangerous.”

Since Snowden’s leaks, we’ve known that the government has been trying to thwart technology companies’ encryption efforts. Hopefully, advances in the science of encryption will continue to progress fast enough to keep our data secure from the snooping eyes of a government that is all too ready to violate our privacy. 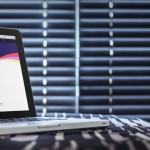 The AppAdvice tech week in review: New iPhones and an 'iPad Pro' are set to arrive 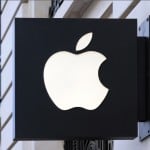