You are using an outdated browser. Please upgrade your browser to improve your experience.
iCarriers
by Jeff Byrnes
October 26, 2015

It looks like native Wi-Fi calling could be coming to Verizon-based iPhones in the near future. The feature is already there for Verizon customers through one of the carrier’s own apps, but it is not yet supported natively in iOS 8 or iOS 9. According to 9to5Mac, however, Verizon has recently requested a waiver from the Federal Communication Commission’s requirements surrounding teletype (TTY) text-chat, a service used by some hearing impaired customers, to switch on the service without the use of the app.

Sprint and T-Mobile already offer Wi-Fi Calling, but they have not yet requested a waiver from the TTY requirements. AT&T, on the other hand, did request and receive such a waiver recently, and called out both Sprint and T-Mobile for failing to request one.

Verizon is taking a different approach from AT&T. Rather than saying they believe the FCC waiver is a legal requirement, the carrier is applying for one “out of an abundance of caution.”

AT&T and Verizon both say they are working on a replacement for the TTY text-chat protocol that will work reliably over Wi-Fi, but Sprint and T-Mobile have not yet offered up any similar plans.

Wi-Fi Calling is a very handy feature to have, since it boosts your ability to make calls when you are in a location with a weak cellular signal. Rather than losing out on the ability to make a call or purchasing an expensive and unreliable microcell, your iPhone can simply use your existing Internet connection to complete your call. Once it’s turned on by Verizon, you can enable it by going to Settings > Phone > Wi-Fi Calling and turning on Wi-Fi Calling on This iPhone. 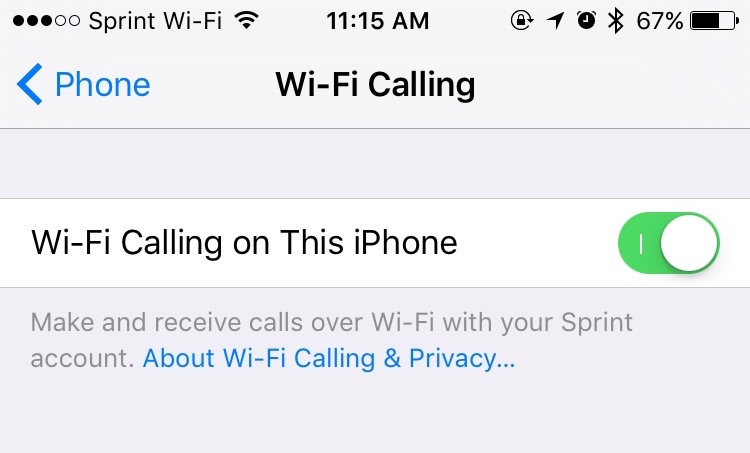 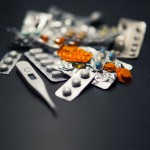 ResearchKit projects study autism, epilepsy and melanoma
Nothing found :(
Try something else