You are using an outdated browser. Please upgrade your browser to improve your experience.
iOS Reading
by Sandy Stachowiak
October 8, 2015

This morning, Oct. 8, Apple announced that enhanced editions of the Harry Potter series will be available exclusively on the iBooks Store. For iPhone, iPad, iPod touch, and Mac, the books have the full text along with interactive animations that readers are sure to enjoy.

I’m thrilled to see the Harry Potter books so beautifully realised on iBooks for the digital world; the artwork and animations in these enhanced editions bring the stories alive in a delightful new way.

And, from Apple CEO, Tim Cook:

Harry Potter fans are going to love how their favorite stories come to life. J.K. Rowling’s legendary series is perfect for enjoying on your iPad or iPhone and we’re thrilled to offer them exclusively on the iBooks Store.

You can head over to the store to check out all of J.K. Rowling’s books or just click the links below for each of the Harry Potter editions.

Each of the seven books is available for $9.99 each in 32 countries. The French, German, and Spanish versions can be pre-ordered starting today and will be available on Nov. 9 in 18 additional countries.

In other news this week, Amazon reportedly wants to create its own live streaming TV service and Samsung’s profits are on the rise again, thanks to Apple. 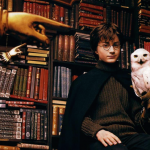 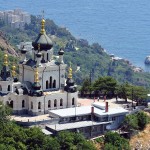 Apple cuts ties with developers in Russia-annexed Crimea following US and EU sanctions
Nothing found :(
Try something else