You are using an outdated browser. Please upgrade your browser to improve your experience.
iDevices
by Jeff Byrnes
October 1, 2015

When the team over at iFixit did their teardown of the new Apple TV and its remote, they knew there were risks involved. They may not have realized what the consequences would be, like having their Apple developer account permanently banned, but the team admits that they knew what they were doing might have some consequences.

Evidently, they didn’t intend for us to take [the Apple TV] apart. But we’re a teardown and repair company; teardowns are in our DNA—and nothing makes us happier than figuring out what makes these gadgets tick. We weighed the risks, blithely tossed those risks over our shoulder, and tore down the Apple TV anyway.

Now that the dust has settled, iFixit’s developer account has been revoked, and their app has been pulled from the App Store, what might the more far-reaching consequences be? The teardown experts say they have no immediate plans to rewrite their app for iOS, and the program that was pulled “was outdated, and iOS 9 introduced some major bugs into the system.” That’s one reason iFixit has been laboring to improve the mobile experience of their website.

What about future teardowns, though? Will we still be able to see device investigations on launch day, like we did with the iPhone 6s and iPhone 6s Plus? To me, it seems like iFixit already has a good plan in place for just this sort of situation. They’ve got a team in Australia that can purchase the devices on launch day “down under,” spend a few hours taking the electronics apart, and then upload their video and associated article. For most of the rest of the world, those teardowns will go live before we even wake up.

It’s unfortunate that the iFixit iOS app has been pulled, since it could provide a native way to view guides and troubleshooting help. However, with the modifications to iFixit’s mobile website, an app is a nicety that isn’t really required to get the full teardown and repair help needed from the experts. There’s always the trick of saving the Web page to your Home screen as a Web app, and it works just as well. 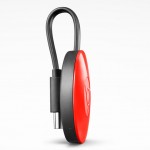 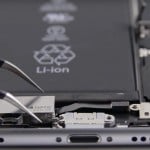 The usual suspects tear down the iPhone 6s and iPhone 6s Plus
Nothing found :(
Try something else