You are using an outdated browser. Please upgrade your browser to improve your experience.
Pocket Gaming
by Sandy Stachowiak
November 18, 2015

In a Twitter post from Telltale Games today, Nov. 18, the company announced that the first look at episode three of Minecraft: Story Mode, entitled The Last Place You Look, will be revealed tomorrow, Nov. 19. The game was released just a month ago with the first episode and gives players a chance to obtain the second one or a multi-pack to include episodes two through five. 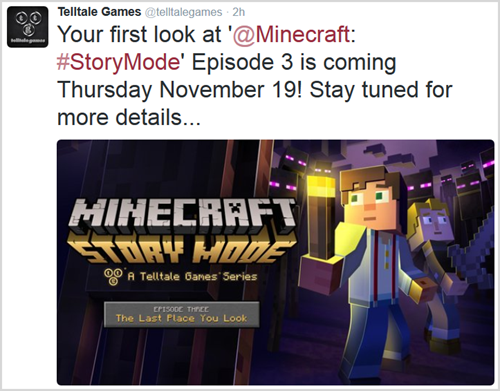 This decision-making adventure takes you on a journey across the Overworld and beyond. If you are new to the game, you will begin by joining the slayers of the Ender Dragon featuring familiar voices: Gabriel the Warrior (Dave Fennoy), Ellegaard the Redstone Engineer (Grey Griffin), Magnus the Griefer (Cory Feldman), and Soren the Architect (John Hodgman).

Take a look at what to expect in the Minecraft: Story Mode episodic series and just click here if you are unable to view it:

Minecraft: Story Mode is an interesting adventure because what you choose decides what happens in the game. From what you say to others to what you do when the action begins, you drive the story that plays out. If you are a current fan and have made it through the first two episodes, then you are likely excited about the next episode preview, so be sure to check back with AppAdvice for updates.

Minecraft: Story Mode is designed for iPhone and iPad and is available for $4.99 on the App Store. The second episode ($4.99) and multi-pack ($14.99) are both available as in-app purchases.

In other game news, Beat your own fastest time on Super Puzzle Maze for Apple TV or check out a review of Unscramble the words and solve the squares in Word². 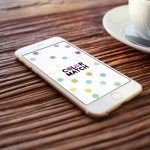 Test your eyeballs and your memory in Color Match 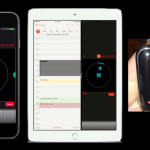 Prepare to defend on the Apple Watch in the Castle Croc game
Nothing found :(
Try something else