Complaints are already starting to roll in about the App Store experience on the new Apple TV. According to Slide to Play, there were 1,025 total programs live on the App Store as of Nov. 1, but developers are pointing out that finding those titles is a serious challenge.

If you already have your new Apple TV, you know there are no categories within the App Store. Missing, too, are Top Paid, Top Free, and Top Grossing charts. The data for these charts is there, but Apple has chosen not to display the tables just yet. If you want to see the charts for yourself, Slide to Play’s version is the best I’ve seen so far.

Developers are quite unhappy with the lack of categories. The mockup of the TV App Store on Apple’s Web page shows one, but they apparently haven’t turned that feature on just yet. The consensus seems to be that Cupertino chose the lesser of two evils between no category listings at all and categories that only had a couple of apps in them. Of course, it’s also possible that the maker of all things Apple is waiting to see what categorization emerges from this new experience. 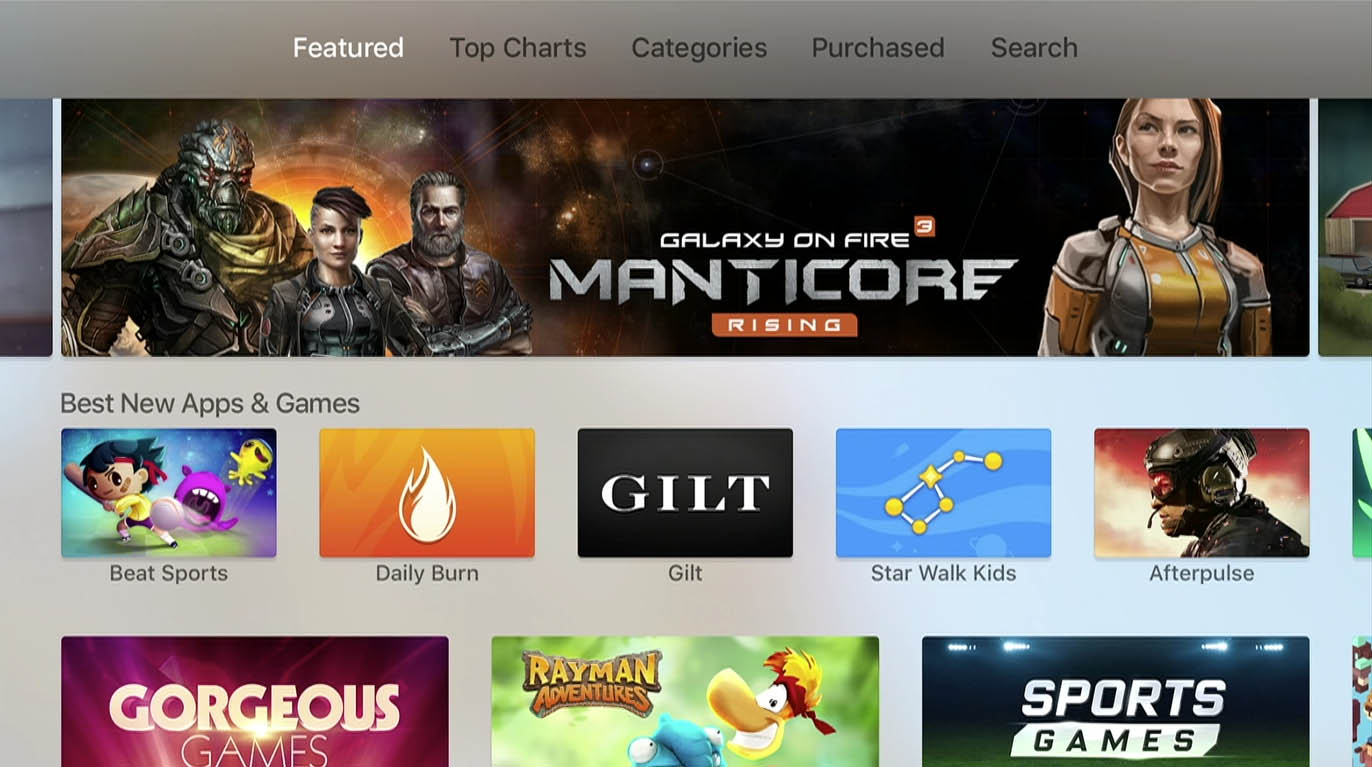 If you want to find an app that isn’t one of the few featured on the App Store’s Home page or in one of the featured collections, you’ll have to search for it by name using the on-screen keyboard. Siri’s voice search doesn’t work yet with the App Store. Compounding matters, there isn’t any current way for developers to share or link to their apps.

Until Apple turns on the top charts and categories, we’ll just have to rely on other sources for app performance data, it seems. Developers are, understandably, upset about this. I can’t say that I blame them, since browsing through the App Store right now is like sorting all of the icon tiles in the image at the top of this article. I just hope that Cupertino decides to turn on these vital components of the App Store experience sooner, rather than later.

In the meantime, this probably won’t surprise you. The most popular apps, both paid and free, are either games or video apps. Here are the top four paid and free apps as of Nov. 1 from the Apple TV App Store, according to the data Slide to Play has pulled. 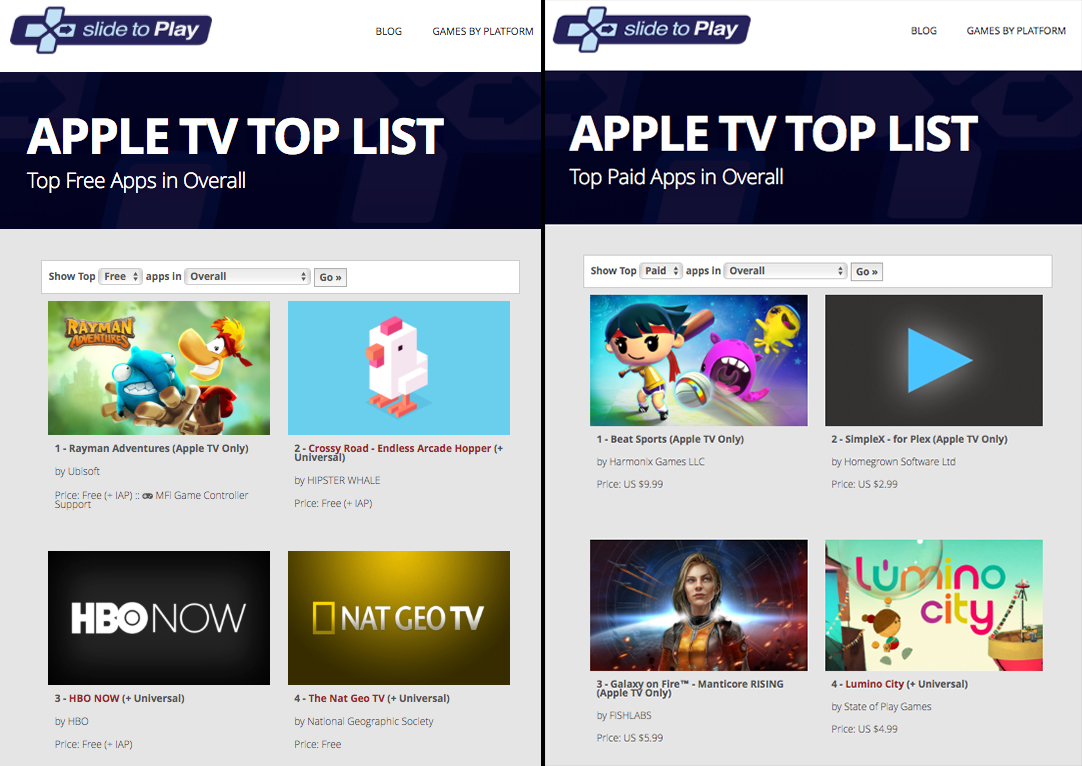 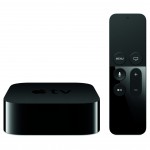 Treat your new Apple TV remote with kid gloves, it breaks
Nothing found :(
Try something else