You are using an outdated browser. Please upgrade your browser to improve your experience.
That iThingy You're Wearing
by Karen Freeman
December 4, 2015

The Apple Watch can be of real assistance in an emergency situation as Redditor M4ttiG found out earlier today, Dec. 4.

He woke up hanging upside down from his seatbelt. He’d been driving home from work at 1:00 a.m. and swerved to avoid hitting a fox. The next thing he knew, he was waking up in a flipped vehicle. After he had managed to unstrap himself and wriggle out of the overturned car feet first through the window, he tried to call for help. He realized his iPhone was missing. Since he was on a country road with minimal traffic, he would have been awaiting help for hours.

He searched around for his phone for a while but was unable to find it in the dark. A glance at his Apple Watch told him his iPhone wasn’t connected, meaning it was out of Bluetooth range. He walked around the car, holding down the “ping” button on the Apple Watch as he did so, which makes the iPhone ping audibly and flash at the same time. This allowed him to find his phone in the dark, which was under the bush he’d just plowed through. The iPhone was fully operational, so he was able to call for help.

He walked away with a few broken ribs and busted knee; thankfully, as it could have been far worse.

We certainly hope that no one needs to use their Apple Watch for a situation like this, but it’s nice to know it’s an option if you need it. 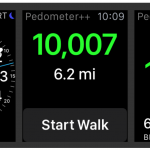 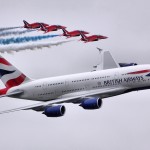 British Airways to make London's Heathrow Apple Watch-friendly
Nothing found :(
Try something else