You are using an outdated browser. Please upgrade your browser to improve your experience.
iDevices
by Jeff Byrnes
December 11, 2015

If you’re still using an iPhone 5s or earlier handset, Apple is gunning for you to upgrade. In fact, Cupertino has taken a distinctly more agressive and intrusive means of marketing to you now, by enabling modal popup advertisements promoting the iPhone 6s as a “ridiculously powerful” upgrade. This new development was discovered by Twitter user Dirk_Gently. 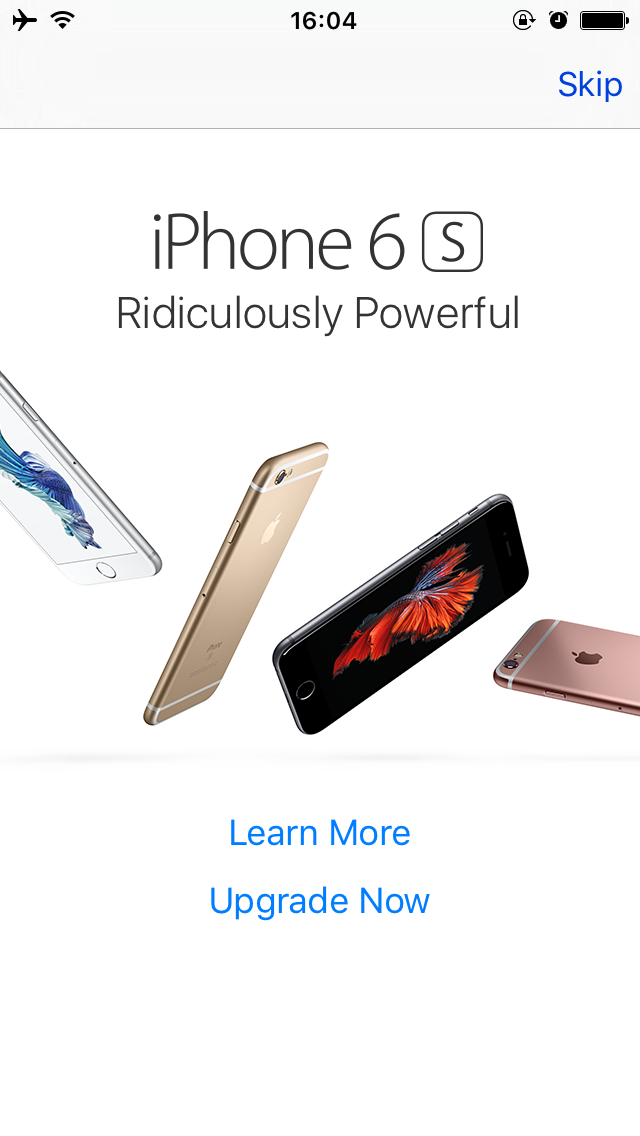 It seems, from some reports, that the advertisement can sometimes even appear for iPhone 6s users, which seems like a bug in Apple’s targeting scheme for displaying the popup.

The ad code appears to have been included along with iOS 9.2, and it’s not the first time Apple has used its App Store for advertising new iPhones and iPads. Previously, Apple has featured the iPhone 6s in a small banner and created collections of apps targeted at new features of the latest handset. However, this is much more aggressive than usual, since iOS device users have to press a “Skip” button to get back to what they were doing before. Otherwise, users can tap “Learn More” or “Upgrade Now,” and be taken to the Apple Store app to buy the new iPhone directly.

This seems like a huge step in the wrong direction on Apple’s part. I get that they want people to upgrade to the iPhone 6s, but interrupting what people are doing in order to push those purchases is a strategy that just might backfire on the tech giant.