You are using an outdated browser. Please upgrade your browser to improve your experience.
iCarriers
by Jeff Byrnes
December 31, 2015

In select markets, AT&T subscribers should now be able to place voice over LTE (VoLTE) calls to people on other carrier networks, according to a brief announcement from the cellular provider. This increases the chance of better call quality and multitasking.

For years, AT&T subscribers have been able to talk and surf the Web simultaenously. With the advent of VoLTE, all of that now happens at 4G LTE data speeds. VoLTE also allows for the addition of HD Voice capability, which produces more natural-sounding sound by extending the frequency range of the audio signals. This means remarkably clearer calls, according to AT&T.

The other benefit to VoLTE support lies in the data speeds available for apps while you’re on the phone. Without VoLTE, your apps are limited to 3G data speeds while you take a call. With voice over LTE, you can enjoy full 4G LTE data speeds for your Web surfing or app usage, even while talking on the phone.

AT&T isn’t the first to offer this cross-carrier support, though. T-Mobile has been testing the feature for some time, but AT&T notes that they offer some form of VoLTE support for more subscribers “than any other U.S. carrier.”

Cross-carrier VoLTE support is definitely a good thing, since it means consistent call quality and multitasking capabilities, so it’s great to see AT&T turning this feature on. Hopefully, the rollout to other markets will progress quickly and smoothly. 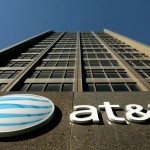 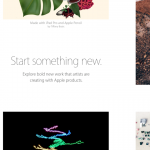 Apple adds two new creative workshops to its repertoire
Nothing found :(
Try something else