You are using an outdated browser. Please upgrade your browser to improve your experience.
iDevices
by Jeff Byrnes
December 3, 2015

There’s more news on the rumor front concerning the next generation of Apple’s 4-inch iPhone, dubbed the “iPhone 6c,” once again coming from well-connected KGI Securities analyst Ming-Chi Kuo. In an investor note received by AppleInsider, Kuo predicts the design, processor, and launch date for the iPhone 6c.

Kuo predicts that the handset will come in a metal casing, resembling the current iPhone 5s. The design will be slightly different, Kuo believes, featuring the same curved cover glass like we see on the iPhone 6 and iPhone 6s. This is a key change from the flat glass found on the iPhone 5s. The analyst also believes that the iPhone 6c will be available in two or three casing colors, including gold, like the iPhone 5s was originally offered in before it was relegated to entry-level status. 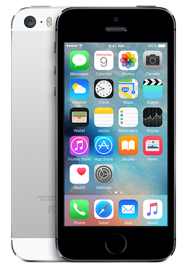 The same processor as the iPhone 6s

Kuo believes that the iPhone 6c will be powered by the same A9 processor that is the brains behind the current iPhone 6s and iPhone 6s Plus. He does not believe, however, that the new 4-inch iPhone will include 3D Touch capabilities, since Apple will be reserving those features for the latest model, the iPhone 6s.

According to Kuo, the new iPhone 6c should begin shipping in early 2016, possibly in the March or April timeframe. This earlier launch, Kuo states, could provide momentum for iPhone suppliers that typically experience a slow season during those months. Kuo expects Apple to ship 20 million units of the iPhone 6c during the 2016 calendar year, accounting for about eight to nine percent of total iPhone sales.

This is an analyst with deep inside connections, who has correctly predicted many of Apple’s future product plans. Kuo correctly predicted the details of all of Cupertino’s product updates for the fall of 2015, including the specifications of the iPhone 6s and the iPad Pro. 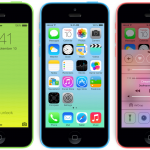 Around 20 percent of US customers would prefer an 'iPhone 6c' 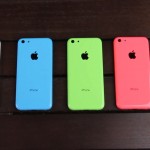 Apple's colorful 'iPhone 6c' to launch in February 2016?
Nothing found :(
Try something else