You are using an outdated browser. Please upgrade your browser to improve your experience.
All Things Mac
by Jeff Byrnes
December 17, 2015

It’s prediction time once again, and now we’re looking at where Apple Music and Apple Watch are headed next year and beyond. The forecasts come from respected music business analyst Mark Mulligan for Apple Music, while market intelligence firm IDC puts in its guess about Apple Watch.

According to Music Business Worldwide, Mulligan is estimating that Apple Music will have 8 million subscribers by the end of 2015. That number, the analyst suggests, will more than double in 2016 to 20 million paid subscribers. That won’t quite catch up with Spotify, but it will keep secure Apple Music’s position as the second most popular streaming song service. Mulligan told Music Business World:

Apple might not have found the subscription market quite the plain sailing it had anticipated but it has still managed to establish itself as the second player with astounding pace. Its platform and marketing assets are well known, but its clear commitment to making Apple Music work have surprised some. If Apple finds growth tough going, expect it to throw everything it has got at getting the labels to agree to lower price point products so it can open up large chunks of the iTunes music customer base.

Plenty of Apple Watch units being sold, with more to come

Even though Cupertino won’t say how many units of Apple Watch have been sold, that doesn’t stop the analysts from estimating. According to its most recent forecast, Apple Watch will ship to 13 million customers by the end of 2015, giving the Cupertino-branded wearable device 61.3 percent of the market share. IDC predicts total sales of 45.2 million Apple Watch units in 2019, with 51.1 percent of the market share. The reason for this, according to IDC, will be the loyal fanbase of Apple product owners and the rapidly growing App Store.

Apple’s watchOS will lead the smartwatch market throughout our forecast, with a loyal fanbase of Apple product owners and a rapidly growing application selection, including both native apps and Watch-designed apps. Very quickly, watchOS has become the measuring stick against which other smartwatches and platforms are compared. While there is much room for improvement and additional features, there is enough momentum to keep it ahead of the rest of the market.

Interesting numbers, but what’s the truth behind them?

These figures are definitely interesting, and are great conversation pieces. However, they’re just guesses. I’ve said this before, and I guess I have to say it again, but until Apple actually discloses the specific sales figures for Apple Music and the smartwatch, all we have are educated estimates. 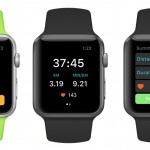 Runkeeper updated with a number of improvements for the Apple Watch 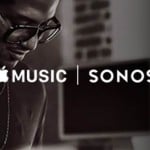 Turn it up: Sonos now supports Apple Music, in beta
Nothing found :(
Try something else