You are using an outdated browser. Please upgrade your browser to improve your experience.
Pocket Gaming
by Sandy Stachowiak
December 15, 2015

We took a look at Runeblade from Everywear Games, Inc. back in May when this new game for Apple Watch only became available. Right on the heels of that, its first major update was released bringing awesome dynamic map content. Well, it is time for another huge update to wrap up 2015 providing players with additional monsters, more levels, and brand new features. 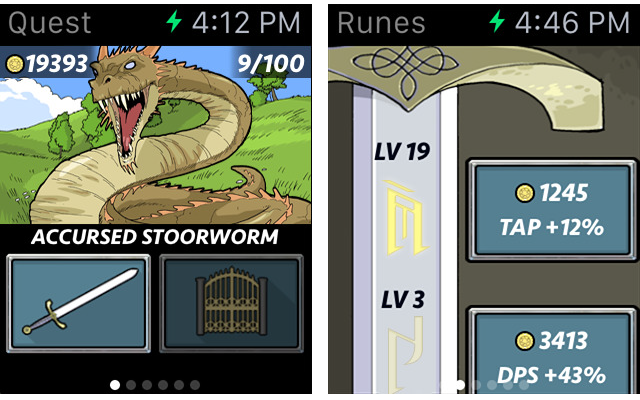 “The Forgotten Halls” is an update that brings season one of the epic story behind Runeblade to its close. Players can check out new monsters while enjoying over 1,000 levels. But that’s not all, there are several new items that may just entice you to look down at your wrist and play right now. From Runeblade on Reddit, here are just some of those features:

Check out a trailer for the recent update of Runeblade and just click here if you cannot view it:

Runeblade takes you on a magical, fantasy journey on your Watch. Cast your spells, use your Artefacts, and fight your deadly enemies to reign supreme. While the entire game is played on the Apple Watch, you can open the app on your iPhone to access the Black Market, Library, and Lore Keepers.

Runeblade is available for iPhone and Apple Watch only and is free with in-app purchase options for diamonds and other game items. In other news, take a look at KakaoTalk updated with new 3D Touch actions and improved Apple Watch support or Popular e-book reading app Shelfie now provides audiobooks.