You are using an outdated browser. Please upgrade your browser to improve your experience.
iDevices
by Jeff Byrnes
December 7, 2015

The rumor mill never seems to stop churning, and lately we’ve moved even further than 2016’s “iPhone 7.” We’re already talking about Apple’s handset three generations away, supposedly coming in 2018 under the moniker “iPhone 8.” We reported recently that Japanese publication Nikkei stated that LG Display was preparing to provide OLED displays for the iPhone 8. Today, Dec. 7, another report has surfaced suggesting that Japan Display is in talks to supply the OLED displays. That report comes from Nikkan Kogyo Shimbun, via AppleInsider.

The current and previous generations of the iPhone have utilized LCD displays, which are more affordable than OLED panels. However, OLED displays draw less power, which would make them more battery-efficient than the current lineup of iPhones.

If Apple remains true to its past naming conventions and release cycle, the 2018 handset would, indeed, be called the iPhone 8. Since even-numbered years typically see major hardware changes in the handset, it would make sense for the OLED display to make its appearance in the 2018 iPhone 8. However, respected analyst Ming-Chi Kuo of KGI Securities has previously stated that he doesn’t expect Apple to embrace OLED panels in the iPhone until at least 2019.

Apple is already using OLED technology, but in its smartwatch. If Kuo is correct, Cupertino will continue refining its use of OLED panels with future generations of the Apple Watch, and will begin using the more battery-efficient displays in handsets sometime during or after 2019. Until the announcement actually comes, though, all we can do is speculate. 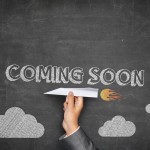 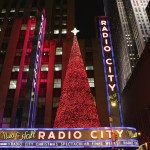 The AppAdvice tech week in review: Upcoming iPhones, gifts for techies
Nothing found :(
Try something else