You are using an outdated browser. Please upgrade your browser to improve your experience.
tvOS App Store
by Jeff Byrnes
January 8, 2016

Grumpyface Studios has developed what TouchArcade calls “more than a few really great titles published through Adult Swim Games.” Most recently, the development house has announced through TouchArcade’s forums that the Steven Universe RPG, Attack the Light, will soon arrive on the new Apple TV.

On the set-top box, Attack the Light will boast high definition graphics, new controls for the Siri Remote, as well as MFi controller support. The game will also have an all-new “Diamond Mode,” which is described as an even higher difficulty level than the game has ever had before. Diamond Mode will make all of the enemies much meaner, while hiding the bonus tap stars that help you overcome them.

Attack the Light is set in the setting from the Adult Swim series “Steven Universe,” and is crafted in the style of Nintendo’s Mario games. If you don’t yet have Attack the Light, it’s available for $2.99 on the App Store without ads or in-app purchases, and Grumpyface is planning to make the game universal. That means that if you have already purchased the title on your iPhone or iPad, it’ll automatically be available on your Apple TV when it’s released, with no additional purchase required.

Check out the game’s trailer below, or click here if it doesn’t load. 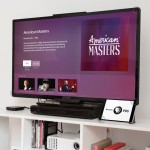 The new Apple TV was apparently a popular Christmas gift
Nothing found :(
Try something else