You are using an outdated browser. Please upgrade your browser to improve your experience.
iWallet
by Jeff Byrnes
January 12, 2016

The number of retailers accepting Apple Pay in the United States has grown seven-fold since it launched, according to news from 9to5Mac, but actual usage has been lagging behind. A survey from Phoenix Marketing found that even for retailers with the highest levels of Apple Pay usage, it’s only a small minority of customers that use it more than once a month.

Acceptance of contactless payment methods is not yet universal, so we’re still in the phase where it’s the early adopters using Apple Pay. These are the consumers who are either lucky enough not to have serious hurdles in adopting Apple Pay, or are willing to work their way through those obstacles. What obstacles, you ask?

Ben Lovejoy, from 9to5Mac, points out four barriers: bank support, retailer support, knowing which retailers support Apple Pay, and transaction limits. While here in the US we don’t have transaction limits to worry about, all of the rest of the obstacles are clear and present. The most prevalent one, though, is knowing which retailers support Apple Pay.

There isn’t always a clear symbol to let you know you’ll be able to use Apple Pay. While Cupertino says you can look for either the Apple Pay symbol or the contactless payment logo, those aren’t always present or accurate. When you aren’t sure if Apple Pay is going to be supported, you’re more likely to just use another form of payment instead of risking a failure or having to ask an employee who may or may not know.

Once the majority of retailers begin accepting Apple Pay, its usage should climb dramatically. That day is coming, clearly, given the explosive growth of retailers accepting the payment method. I doubt that Apple is concerned about the lagging expansion of Apple Pay usage, and neither should you be. 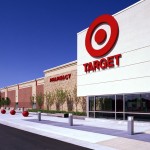 Target is taking on Apple Pay with its own mobile wallet service
Nothing found :(
Try something else