You are using an outdated browser. Please upgrade your browser to improve your experience.
App-dicted
by Jeff Byrnes
January 15, 2016

There used to be an app that would allow you to “own” your peers on Twitter, purchasing their profiles like trading cards using virtual currency. I say “used to be” because the app rubbed many people the wrong way and the developers have shut it down.

The app is no longer available in the App Store. We’ve heard everyone’s concerns and have decided the best thing to do is to shut down.

The way the game worked was that you were given a certain amount of virtual currency, and you could buy more through in-app purchase. You could use that currency to purchase Twitter accounts of your peers or anyone else, for that matter. It was meant to be all in fun, but quite a few people, including United States Representative Katherine Clark, thought the app provided “another tool to harass, bully, and intimidate.”

If you made an in-app purchase and want your money back, the company is directing people to iTunes for refunds. Hopefully, Apple honors those requests and gives people their money back. It’s always frustrating when you invest money in a gaming hobby, just to have it pulled away from you because of something like this.

If you have done IAPs, refunds are available through iTunes. We appreciate all the support but shutting down the right thing to do right now

While I understand the concerns about harassment, I find myself wishing that people would be a bit more thick-skinned and not let a simple game get to them this way. It was all meant for fun, and did no harm to your actual Twitter account. On top of that, you could always opt out of the service if you didn’t want to be involved at all. 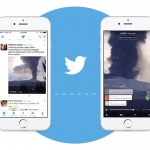 Twitter seems intent on increasing the character limit for tweets
Nothing found :(
Try something else