You are using an outdated browser. Please upgrade your browser to improve your experience.
iDevices
by Jeff Byrnes
January 8, 2016

It’s no longer any secret that Apple might be removing the 3.5 mm headphone jack from the next-generation “iPhone 7.” This has caused enough of an uproar that a petition has begun circulating, urging Cupertino to reverse course on any supposed plans to drop the headphone jack in favor of newer Lightning headphones. That somewhat hysterically-worded petition, as of this writing, has 217,055 signatures.

Some people might say this is much ado about nothing, and that the removal of the 3.5 mm headphone jack is forward progress, just as was the removal of the 3.5-inch floppy drive from the 1998 iMac G3. After all, the iMac G3 brought us USB, right, and did away with archaic technology, right?

The similarity ends there, unfortunately. Replacing the industry standard headphone jack not only renders decades of still-functional audio equipment obsolete, it does so at the expense of adopting a new connector technology that’s proven to be incredibly unreliable. The 3.5 mm headphone jack works reliably, as long as you properly care for the cords attached to your audio equipment. The same cannot be said for the Lightning connector.

From my experience, along with the experience of others (see, for example, The Atlantic, BGR, 9to5Mac, ZDNet, and countless posts on Apple’s support forums), the typical lifespan of a Lightning cable is anywhere from four weeks to six months, in a best case scenario assuming impeccable treatment of said cord. Sometime before the six month mark, you’re liable to see a frayed cord or corrosion on two or more of the Lightning connector’s pins. This corrosion, by the way, cannot be removed – I’ve tried.

Would you want a set of headphones that required you to change the cord every four weeks? Even every six months is a stretch, especially if you’re one of those who is careful enough with your headphones that a decent-quality set will last you several years. If Apple were replacing the cords with a proven technology, I might sing a different tune on this subject.

I’m not going to say that Apple should stop innovating, because that’s clearly poor advice. I will say, however, that eliminating the headphone jack from the iPhone 7 would be an outrageously infuriating move for countless people, and would likely ensure those consumers refuse to upgrade their devices. Apple got away with ditching the floppy drive, and they’ve even done a pretty decent job of selling MacBooks without optical drives. I don’t think they’re going to be so successful selling iPhones without headphone jacks. 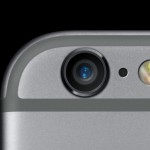 Apple's 'iPhone 7' could offer dual rear cameras for optical zoom
Nothing found :(
Try something else