You are using an outdated browser. Please upgrade your browser to improve your experience.
Connected Theater
by Bryan M. Wolfe
January 14, 2016

I watch a lot of television programs. Thanks to my DVR and the many available streaming options, I watch my favorite series on my schedule. Missing an episode of “Mr. Robot” or “Game of Thrones” never happens thanks to Television Time. First introduced in September, the $2.99 universal app recently received an impressive update that makes it even better, especially for iPhone 6s and iPhone 6s Plus owners.

Television Time 1.1 brings 3D Touch to the app for the first time, allowing you to “Peek and Pop” shows and episodes without entering the app. The update also offers Trakt check-in support, a great addition for folks who rely on that service. Finally, the new version features the ability to sync with the iOS Calendar app, plus other minor improvements and fixes. 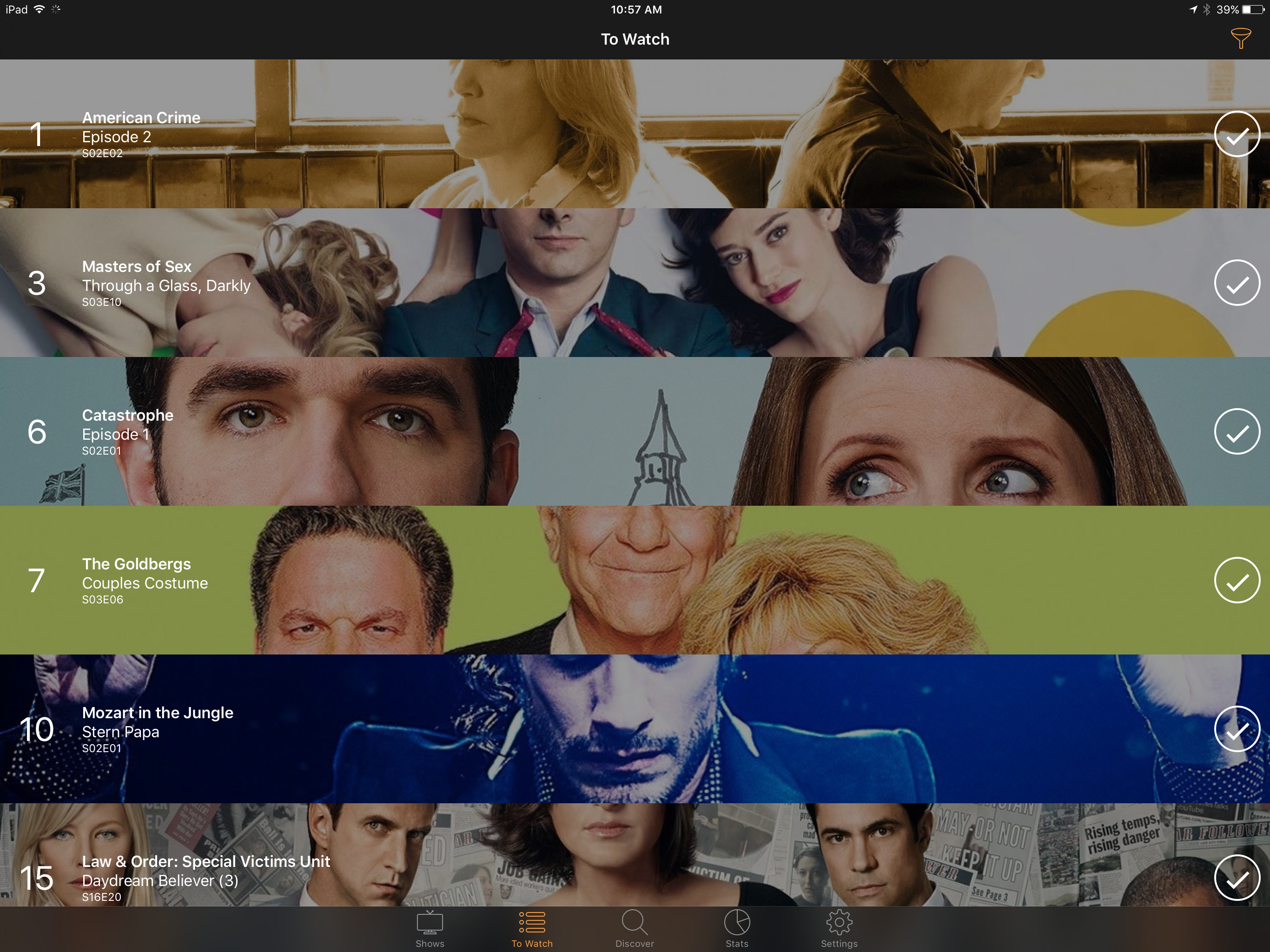 There are a lot of television tracking apps on the App Store. I have found that Television Time is the best. It’s simple to use, is intuitive, and looks great on the iPhone, iPad, and Apple Watch.

You can download Television Time on the App Store.

For more news, see: View all the Top Charts on the Apple TV without needing the set-top box, HBO welcomes you to ‘Sesame Street’ beginning Jan. 16, and Apple could soon own ‘Game of Thrones,’ Time Warner.

Television Time - Keep track of your favorite shows
Maximilian Litteral
Nothing found :(
Try something else