You are using an outdated browser. Please upgrade your browser to improve your experience.
iCarriers
by Jeff Byrnes
January 28, 2016

The Electronic Frontier Foundation, or EFF, has made it abundantly clear that it’s opposed to how T-Mobile is handling its “Binge On” feature. For those who aren’t familiar, the Un-carrier’s Binge On option allows customers with cellular plans including 3 GB of high speed data or more the opportunity to stream video from a number of services without touching their bandwidth allotment. The problem with this feature, according to the EFF, is that the video is lower quality due to data throttling. What do customers think of Binge On, though?

According to recent data divulged by T-Mobile, courtesy of TechCrunch, customers are pretty big fans of the Binge On program. The Un-carrier reports that its customers are streaming twice as much online video now as they were before the Binge On program was launched. The grand sum of online data used to stream video for free reaches up to 34 petabytes. That’s roughly a million gigabytes.

Binge On is our most disruptive Un-carrier move yet. It has literally changed the way millions of people are watching video – they’re watching more, more than twice as much as before, and most importantly, they’re watching without worrying about bigger bills or surprise overages! Binge On is the Un-carrier solution to satisfy Americans’ growing appetite for mobile video – and the facts are telling us that customers love it!

To sweeten the pot, T-Mobile also added support today for a few streaming services that were thus far absent from the Binge On program’s selection of almost 40 sources. Customers can now stream Amazon Video, Fox News, Univision Now, and wrestling matches from the WWE Network without touching their data plans.

Opponents of Binge On may claim that the service violates net neutrality, but it doesn’t seem like the Un-carrier’s customers care about that very much. In truth, T-Mobile may be selective of what services get throttled compared to which do not, but the Binge On program isn’t forced on customers. It’s optional, and customers can opt out of it at any time if they’re unhappy with it. That doesn’t seem to be happening, so I’d say the program is a rousing success for T-Mobile’s customers. 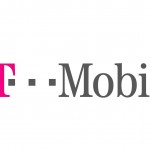 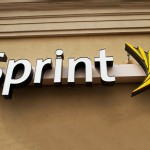 Sprint and AT&T announce the end of the two-year contract
Nothing found :(
Try something else