You are using an outdated browser. Please upgrade your browser to improve your experience.
Digital Communicator
by Sandy Stachowiak
January 12, 2016

If you have been tweeting in Twitter and broadcasting in Periscope then we have great news for you. The teams at Periscope and Twitter have announced that broadcasts will be available right within your Twitter feed now. This is wonderful news because no longer will you have to worry about opening a separate app to check out those cool videos. Just browse your Twitter feed and Periscope broadcasts will display right there.

From the Periscope blog:

Since launch, there have been over 100 million broadcasts created on Periscope. Whenever a broadcast is shared on Twitter, you tap the link to open the Periscope app. Today, we’re replacing those links with the broadcast itself, autoplaying right within the Tweet. And when you tap the video, it goes full-screen and shows Periscope comments and hearts from other viewers. You don’t need the Periscope app or even a Periscope account.

Last year Periscope received a couple of nice updates including support for landscape orientation in September and 3D Touch support in November. And in case you missed it, Twitter was updated in November with Apple TV support via AirFeed and again in December allowing users to sign in with 1Password.

Being able to see Periscope broadcasts within your Twitter feed just makes sense. The ability to see comments and hearts for those broadcasts without having to leave the Twitter app is a real plus. The new feature for Twitter on iOS will be rolling out over a few-day period. So, if you do not see it yet, just be patient and know it is on the way. Those using Twitter on Android or the Web will see this feature at later time.

Periscope is compatible with iPhone, iPad, and iPod touch and Twitter is designed for iPhone and iPad with Apple Watch support. Both apps are available for free on the App Store. In other news this week, check out Readdle’s Spark email app gets even better with default signatures and other enhancements or Watch the International Space Station’s live feed on the go with ISS Live Video. 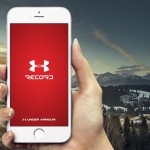 Record by Under Armour gets a redesign, 3D Touch and more 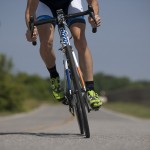 Activity tracker Human adds Pulse to keep up with your town
Nothing found :(
Try something else