You are using an outdated browser. Please upgrade your browser to improve your experience.
That iThingy You're Wearing
by Jeff Byrnes
January 7, 2016

When Apple Watch was first announced, many Swiss luxury watchmakers criticized its design and place as a high fashion item. Several months later, though, opinions have changed far enough that high-end watchmaker H. Moser & Cie.’s latest product is virtually a clone of Apple Watch. It’s not mentioned on the watchmaker’s website yet, coming to us instead by way of Hodinkee.

The Swiss Alp Watch, H. Moser & Cie.’s latest offering, has a familiar design. The watch face is rectangular with curved, rounded edges, and it features a crown at the side. There are even Apple Watch-style lugs to hold the band in place. It’s constructed from solid 18-karat white gold, and measures 38.2 mm by 44 mm, very comparable to the 42 mm Apple Watch. 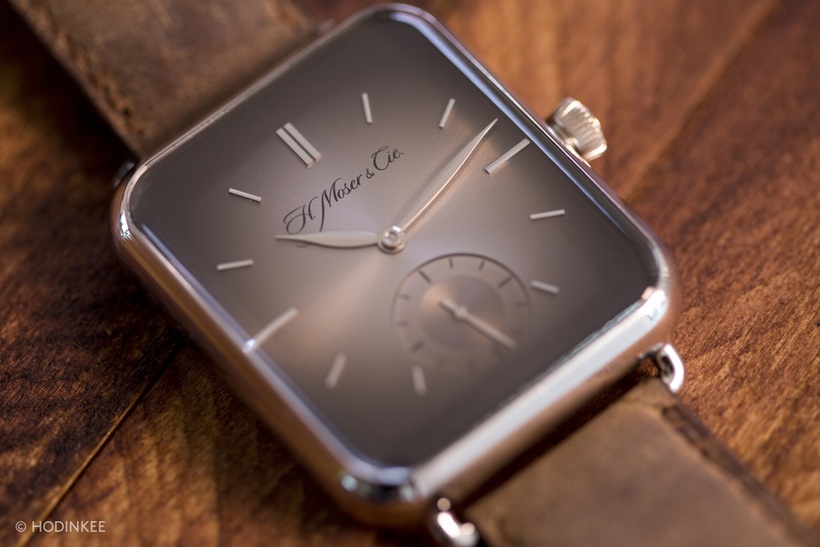 That’s where the similarities end, though, because the Swiss Alp Watch isn’t a smartwatch. It contains no processor, no OLED display, and none of the sensors that you find on the inside and back of the Apple Watch. When you flip the Swiss Alp over, what you see are the inner mechanics of the watch, protected by a clear sapphire crystal panel. You’ll see the finished tonneau movement with a Straumann hairspring, along with the H. Moser & Cie. stamps. 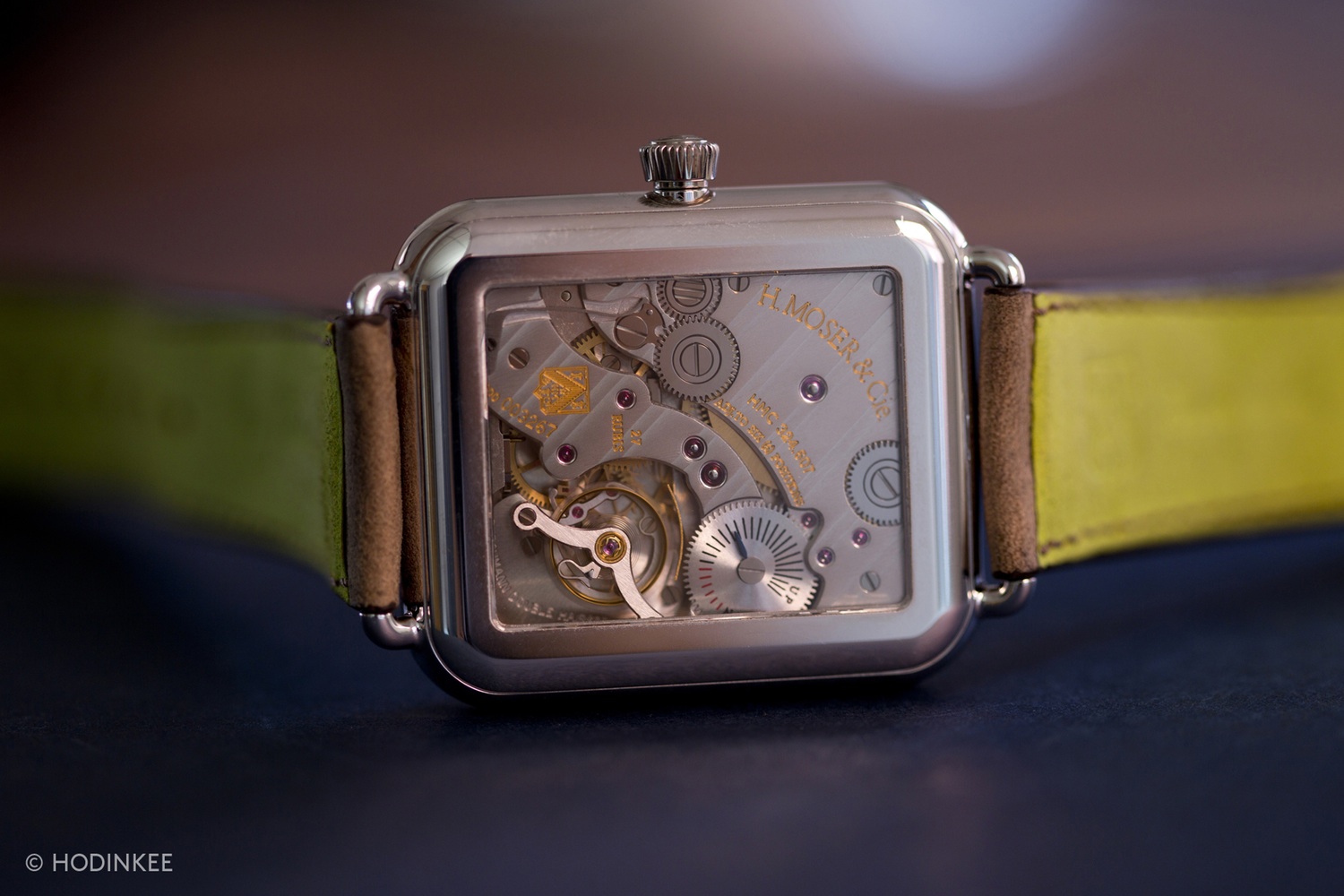 The Swiss Alp Watch, according to H. Moser & Cie. CEO Edouard Meylan, is being presented as proof that traditional mechanical watchmaking still has a future, despite the growing popularity of smartwatches. The watchmaker also takes a stab at Apple in other ways, introducing the timepiece with a video that mimics the advertisments Cupertino has produced to promote its smartwatch. Check out the video below, or click here if it fails to load.

Today, H. Moser & Cie. launches the Swiss Alp Watch as a statement of this new challenge and to prove that traditional mechanical watchmaking has a future, and it is, in fact, the future. It is much more than a watch for us. The Swiss Alp Watch is symbolic. It represents our resilience, our ferocious desire to fight for our values and traditions. It embodies everything we believe in.

Don’t look for this timepiece in your local retail stores, though. H. Moser & Cie. has priced the white gold Swiss Alp Watch at $24,900, and they’ve only produced 50 of them. Moser, according to Hodinkee, is “a little guy, with a production of less than 1,500 watches per year.” The company isn’t well known outside the watch collecting world.

Despite the watchmaker’s small size and sphere of influence, they’ve got a serious courageous streak going on here. While the Swiss Alp Watch itself might appear to be paying homage to Cupertino’s smartwatch, Moser’s video introducing the timepiece tells a different story. In the video, Meylan can be heard suggesting consumers, “Get a life. Upgrade to a mechanical watch.” It’s an interesting move on Moser’s part, but I doubt Apple will respond.

Ring in the new year with the exceptionally accurate Apple Watch