You are using an outdated browser. Please upgrade your browser to improve your experience.
iDevices
by Bryan M. Wolfe
January 27, 2016

Apple has never introduced a new iPhone in the spring. That could soon change, assuming that the recent rumors are correct. The so-called “iPhone 5se” is likely to drop in March. Stranger still, the new model is expected to feature a 4-inch screen, the first to do so since the iPhone 5s arrived in 2013.

Why in the world would Apple introduce a new iPhone mid-year? It’s simple, once you consider the facts on the ground.

On Tuesday, Jan. 27, Apple announced its most profitable sales quarter ever. Unfortunately, the news came with some caution. Apple noted that iPhone sales between October and December grew at the slowest pace since its introduction in 2007. More troubling: the company expects revenue in the current quarter to decline for the first time in 13 years.

What does this have to with a springtime iPhone launch? Plenty, when you consider that only 40 percent of iPhone users who owned a handset in September 2014 have upgraded, according to The Verge. That’s when the 4.7-inch iPhone 6 and 5.5-inch iPhone 6 Plus launched.

Let’s look at this again. In the past 16 months, Apple has introduced four new handsets (the iPhone 6s and iPhone 6s Plus arrived in September 2015). Despite this, three in five iPhone owners have yet to upgrade to new phones.

Now one can argue that these folks are waiting for the release of the “iPhone 7” this fall. However, this doesn’t make a lot of sense from a historical perspective. Until recently, American companies offered two-year contracts on phone purchases. If this still held, this would mean most of the folks who plan on upgrading to an iPhone 7, in fact, had previously purchased an iPhone 6, which they did not. 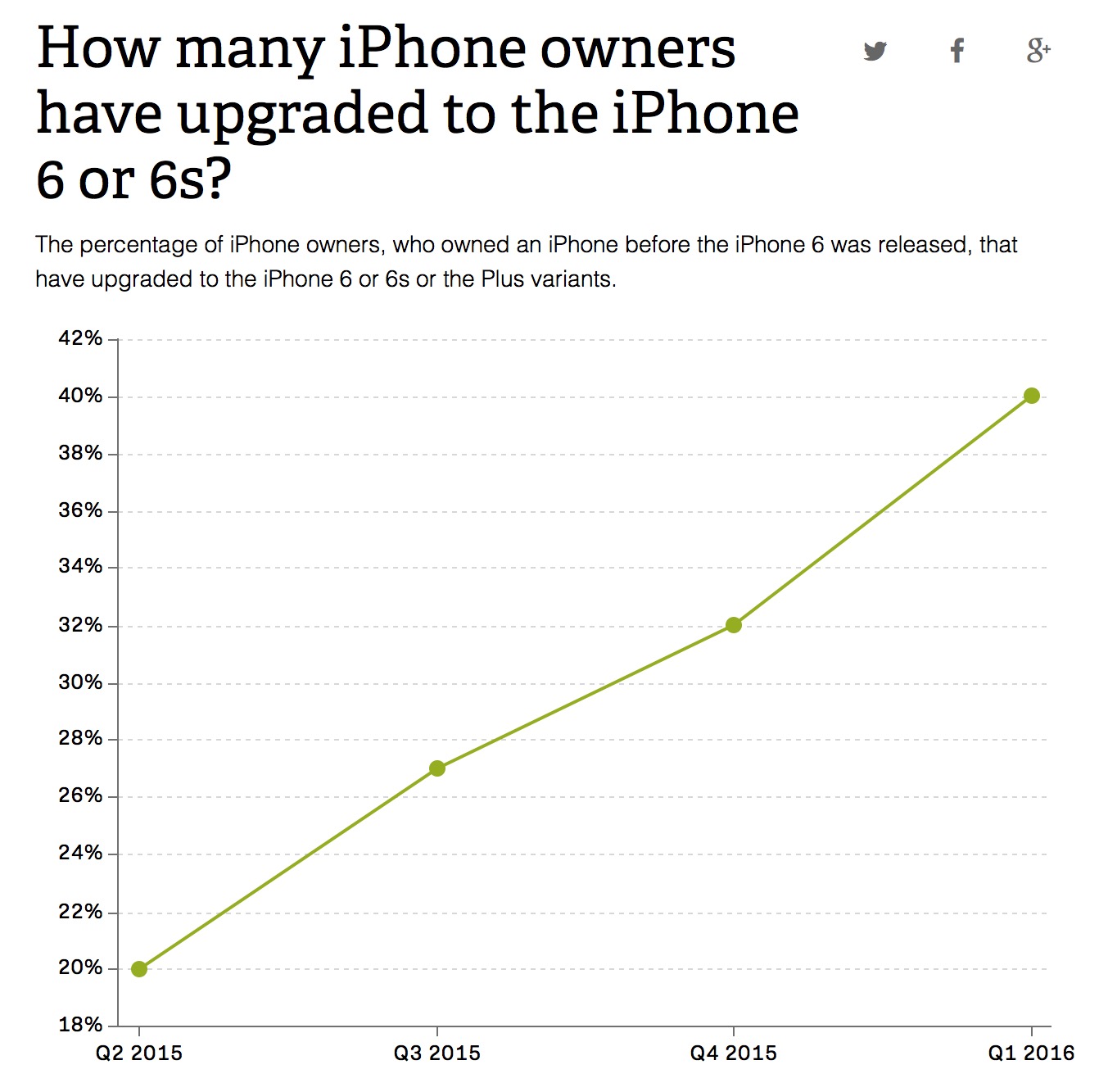 More likely, iPhone 4, iPhone 5, and iPhone 5s owners have been waiting to buy a new 4-inch iPhone. The iPhone 5se would fill that need in as little as two months. As The Verge rightly confirms, “that’s a lot of phones.”

I’m a happy iPhone 6s Plus owner; before this, I owned an iPhone 6 Plus. I can’t imagine ever going back to a tiny 4-inch screen. However, I’ve long ago recognized that I’m not in the norm, just like the other folks who buy new iPhones each September. Some people (surprise, surprise) don’t want a phablet. Until now, what could these folks do? Switch to Android or wait until Apple relented and announced another 4-inch phone. In a few weeks, we could have the answer.

More rumors about the 'iPhone 5se,' including always-on Siri

Is this our first real look at Apple's next 4-inch iPhone?
Nothing found :(
Try something else