You are using an outdated browser. Please upgrade your browser to improve your experience.
Apple's Competitors
by Jeff Byrnes
February 3, 2016

The days of the brick-and-mortar bookstore are far from over, despite the rousing success of Amazon’s online presence. Book fans have proven, through the sales growth of independent booksellers in many parts of the country, that they don’t want to give up browsing store shelves. Amazon has already opened one brick-and-mortar bookstore in Seattle, and recent indications from The New York Times’ sources say there are more to come.

John Mutter, the editor-in-chief and cofounder of Shelf Awareness, told The New York Times, “There are all kinds of studies that show the best way to find things when you don’t know what you’re looking for is an old-fashioned bookstore.” The success of some physical book retailers could not have escaped the attention of Amazon’s CEO, Jeff Bezos.

A rather unusual source, Sandeep Mathrani, CEO of mall operator General Growth Properties, stated that he had heard of plans for Amazon to open as many as 300 to 400 physical stores, but he gave no indication of how he’d heard about the company’s plans. The New York Times’ anonymous source said Amazon’s plans for physical stores are much more modest, however.

Amazon’s sole physical bookstore, located in the University Village shopping mall in Seattle, features a tiny sampling of the company’s offerings, but that number of books still reaches into the thousands. Pricing in the store is the same as the ever-fluctuating prices on Amazon’s Web site, so customers scan the books using a mobile app to find the price. The store also features many of Amazon’s electronic devices, including the Kindle, the Fire TV set-top device, and the Echo, a home speaker and virtual assistant.

If Amazon does proceed with plans to open more physical bookstores, it’s sure to make retailers like Barnes & Noble nervous. The retailer has seen its profits eaten into in recent years by Amazon’s online presence, and has therefore rebranded itself into a “lifestyle brand,” according to The New York Times. I’m sure independent booksellers will also feel the pressure of Amazon’s increasing physical presence in their markets. 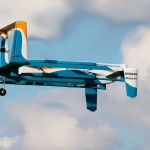 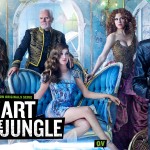 An Amazon Prime membership is dropping to just $73 this weekend
Nothing found :(
Try something else