You are using an outdated browser. Please upgrade your browser to improve your experience.
Apple In Court
by Jeff Byrnes
February 24, 2016

The battle over the San Bernadino iPhone 5c is taking another turn. Cupertino’s primary argument is that the government is overstepping its authority under the All Writs Act of 1789. As a refresher, the court has recently ordered Apple to write new software that undermines the security protcols of iOS, so the Federal Bureau of Investigations can gain access to the data on an iPhone 5c used by one of the San Bernadino terrorists.

If Apple loses that argument, Bloomberg has recently revealed that Cupertino has another card up its sleeve: the First Amendment of the Constitution of the United States of America:

Congress shall make no law respecting an establishment of religion, or prohibiting the free exercise thereof; or abridging the freedom of speech, or of the press; or the right of the people peaceably to assemble, and to petition the Government for a redress of grievances.

The core of the argument lies in the fact that Apple will have to digitally sign any software it creates to allow access to the iPhone in question. Without that signature, the iPhone will simply refuse to run the software. Forcing Apple to add that signature, against its will, would violate the First Amendment, according to some privacy advocates.

Can a corporation claim free speech?

That was the first question on my mind when I heard about the possibility of Apple arguing free speech, since I’m not a Constitutional attorney. After a very brief bit of research, though, I learned of a 2010 United States Supreme Court ruling that said corporations have the same free speech rights as individuals. In the 5–4 decision in Citizens United v. Federal Election Commission, the Supreme Court acknowledged, “the Court has recognized that the First Amendment applies to corporations.”

Is software the same as speech?

However it all turns out, the outcome of this case could, and likely will, have far-reaching consequences for everyone. If this case is decided in favor of the FBI, it will set a precedent that the government is free to violate the sanctity of our telecommunications privacy like never before. If Cupertino wins on the basis of its argument that the All Writs Act is being abused, that could ignite a new round of revisions for that piece of legislation. Finally, if free speech is upheld, it could mean a new precedent for the protection of software under the Constitution. We will continue watching the case unfold, and provide further information as it comes to light. 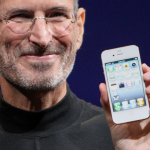 Protesters gather in 'Don't Break Our Phones' rallies in support of Apple vs. FBI
Nothing found :(
Try something else