You are using an outdated browser. Please upgrade your browser to improve your experience.
Connected Car
by Jeff Byrnes
February 11, 2016

Apple’s Project Titan may be shrouded in secrecy, but it’s apparently not keeping quiet enough for its neighbors. According to a recent report from AppleInsider, at least one resident near the Sunnyvale campus has written to the city complaining about late-night motor noises.

“(Do) there have to (be) motor noises at 11:00 p.m. at night like last night?” the resident wrote to the city of Sunnyvale. “Even with the windows closed I could still hear it.”

Apple has a complex of seven buildings, making up almost 300,000 square feet, in a Sunnyvale office complex. One of the buildings has been advertised as the home to a mysteriously quiet firm known only as SixtyEight Research, believed to be a shell corporation to help Apple maintain the secrecy of Project Titan’s work.

The office complex has been the site of major renovations since Apple began leasing it, including a “repair garage” and “auto work area.” Still, everything is shrouded in secrecy, and Apple’s not going to let that secrecy slip too much. Last year, representatives for the property were granted permits to build a 10-foot-tall security fence around Apple’s buildings. The permit requests cited the need for both “physical security” and “visual privacy,” and were necessary because the fence exceeds local height restrictions.

Other permits for construction inside the buildings were specific in naming Apple as the requestor, so there’s no doubt that Cupertino is responsible for the security fence and the late-night noises. The question that remains is whether Apple is working on an electric car out of its Sunnyvale complex, or just doing more refinements and advances to CarPlay. My money is still on an Apple Car, since it seems like the tech giant has been hiring too many automotive engineers to be working on anything smaller than that.

For more news about the rumored Apple Car, check out Apple registers a series of car-related domains, The Apple Car might be stalled, judging by a new hiring freeze, and Tesla CEO Elon Musk spurs more Apple Car talk. 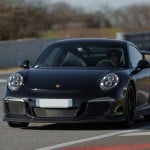 Porsche CEO has no use for self-driving vehicles 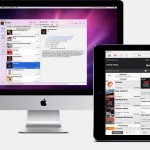 Get down with Downcast's support for Apple's CarPlay
Nothing found :(
Try something else