You are using an outdated browser. Please upgrade your browser to improve your experience.
Pocket Gaming
by Sandy Stachowiak
February 4, 2016

In this new game of destruction, you play the part of a Kaiju, an enormous, greatly feared monster. As everyone is out to take you down, you must Watch Yo! Back so that the cops, tanks, missiles, and other enemies don’t hit you from behind.

Your goal is this powerful game is to destroy as much of the city as possible. Flatten the buildings, crush the vehicles, and squash all that gets in your way. The more you destroy, the higher you will score. But, if anything hits your back, you are done. Oh, and don’t fall into the water either. 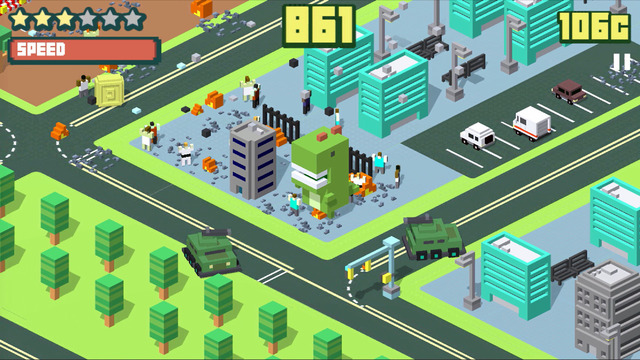 Look for coins and power-ups

Watch Yo! Back has other characters you can check out  like Martian, Kong, or Ninja with 21 total. Collect coins when you spot them and break open the mystery boxes for cool power-ups that will make you grow bigger or walk faster for a short time. 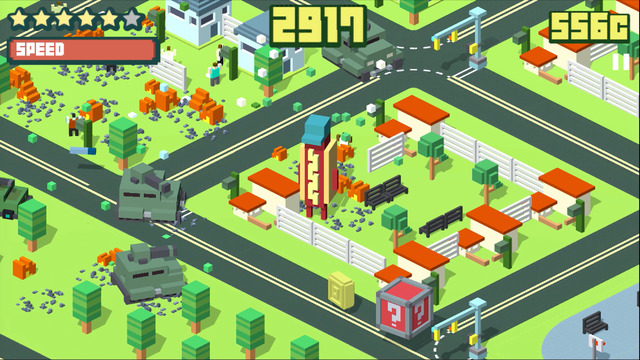 Get in on the action

Who knew that destroying a city as a huge, Godzilla-like creature could be so fun? Watch Yo! Back has energetic yet tough sounding music to get you in the mood to flatten, crush, and squash everything in your path. The controls are easy with simple taps to turn right and left. You really need to watch out for those who want to harm you, but remember, you are a gigantic, powerful force to be reckoned with.

Watch Yo! Back is compatible with iPhone, iPad, and iPod touch. It is available for free on the App Store with in-app purchases for additional characters. For more new games, look at Superheroes get schooled in Marvel Avengers Academy or Dofus Pogo, arcade game based on popular MMORPG, is out now on iOS.

Can you arrange the letters right to complete Word One? 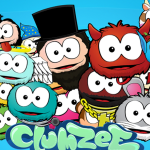 Move those sticky legs quickly and don’t be Clumzee about it
Nothing found :(
Try something else