You are using an outdated browser. Please upgrade your browser to improve your experience.
Apple In Court
by Jeff Byrnes
February 29, 2016

The saga of the San Bernadino iPhone 5c continues, now making its way to Capitol Hill. Apple vice president and general counsel, Bruce Sewell, will testify before the United States Congress on Tuesday, March 1, according to AppleInsider. Sewell will argue that any decisions on mobile encryption should be decided by representatives of U.S. citizens, not a warrant request based on a 220-year-old statute.

Sewell’s prepared speech was issued in full to members of the media and was first published by Motherboard. According to the published remarks, Sewell will advise the House Judiciary Committee that secure encryption actually helps protect U.S. citizens from terrorists and thieves.

The FBI is asking Apple to weaken the security of our products. Hackers and cyber criminals could use this to wreak havoc on our privacy and personal safety. It would set a dangerous precedent for government intrusion on the privacy and safety of its citizens.

In his speech, Sewell will ask legislators to answer difficult questions, such as whether the Federal Bureau of Investigation should be allowed to stop a company from providing its users with the most secure encryption possible. Going even further, the attorney will suggest that legislators should decide whether or not it should be within the FBI’s power to compel a company to produce a product it doesn’t already make.

We believe that each of these questions deserves a healthy discussion, and any decision should be made after a thoughtful and honest consideration of the facts.

Sewell will point out that Apple is ready to have such a discussion, and that U.S. citizens are also ready for it.

We can only hope that the government will withdraw its demands under the All Writs Act and allow Congress to debate the issues of encryption and privacy, determining based on the public’s feedback how secure Apple and other manufacturers can keep their smartphones, tablets, and other devices. 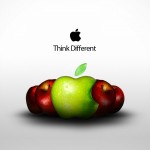 The AppAdvice tech week in review: the 'iPhone SE' and 9.7-inch iPad Pro
Nothing found :(
Try something else