You are using an outdated browser. Please upgrade your browser to improve your experience.
iPhotographer
by Jeff Byrnes
February 8, 2016

Apple CEO Tim Cook came under fire after the end of Super Bowl 50 last night. His terrible transgression? He tweeted a photograph that was blurry and out of focus.

The attacks included quotes like “Shot on an iPhone 7,” as well as jabs that the executive should be upgraded to the iPhone 7 Plus to benefit from image stabilization. There was also an imaginative user who superimposed the offending picture on a billboard advertisement.

All joking aside, these roasters should have considered the context. The crowd of people rushing the field was quite intense, and there was surely a fair bit of jostling and bumping going on, even in the VIP section that Cook was certainly a part of. I doubt that even the iPhone’s burst mode could have come up with a perfectly in-focus shot of the mayhem.

With that said, the incident does point out a simple fact. Executives of large corporations like Apple should be mindful of what they release on social media. Without serious thought given to the circumstances behind the photograph, it’s pretty easy to see this as a poor example of what the iPhone is capable of.

Apple is an easy target, simply because of its popularity coupled with the extreme sense of loyalty held by both sides of the war between the iPhone and Android. Cook knows this, and possibly could have used a bit more prudence in determining whether or not to post such a blurry image. Then again, perhaps it only goes to prove that even high-ranking executives can get caught up in the moment and excitement, and think only about wanting to share their experience with others. 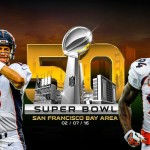