You are using an outdated browser. Please upgrade your browser to improve your experience.
App Bargain Bin
by Tyler Tschida
August 6, 2016

Lost at sea with no hope, you somehow drift onto the shores of a mysterious island. Exhausted and a bit unhinged from your travels, you stumble your way into the forest. Only now do you realize the situation you’re in, and it becomes more and more horrifying with each step you take. Explore the dark and mysterious environments simply by moving your iDevice through the air and uncover the secret of Wardwell House.

Wardwell House is available for free for a limited time. It has a 3.5-star rating with a total of 94 ratings.

Just like the original, your job is to keep the faceless invaders from reaching your Tesla tower. This time, however, bigger and more powerful weapons are at your disposal including six auxiliary turrets. The main tower still is the most powerful, allowing you to strike down your opponents by tapping and holding your finger on them to send off an electric charge. By completing various goals and ensuring no invader reaches your tower, you’ll be rewarded with cash. The cash can be spent on upgrades and special attacks. The game includes a total of 80 levels, and a survival mode.

Tesla Wars – II is available for free for a limited time. It has a 3.5-star rating with a total of 57 ratings.

The Walking Dead: Road to Survival – Free Fighting, World Building & Strategy Role Playing Game ($9.99 → Free, 94.9 MB): Break free from the tyrannical governor’s control and take over Woodbury in this official The Walking Dead game. It’s for anyone who enjoys the television or comic series.

This week only: Receive a $10 in-app purchase for free (limited edition Telltale Michonne).

You’ve arrived at the safe haven of Woodbury only to realize a madman is rising to power. As if the zombie apocalypse wasn’t enough to withstand, he’s pitting residents against one another. You must join forces with the rebels and break his control before it’s too late. As the story unfolds, you’ll be tasked with sending team members into battle. Choose wisely, because some team members are better suited for close combat while others for long range attacks. Your team can be upgraded along the way, and you’re able to hunker down in your base to increase your power. The Walking Dead: Road to Survival also includes the ability to form alliances and take on live in-game events to earn valuable resources.

The Walking Dead: Road to Survival – Free Fighting, World Building & Strategy Role Playing Game is available for free today only (08/06). It has a 4.5-star rating with a total of 12854 ratings.

ProCam 3 – Manual Camera and Photo / Video Editor ($4.99 → Free, 34.2 MB): This camera app will help you take the best shots possible thanks to its myriad of controls. It’s ideal for any and every iPhoneographer. Especially those with an Apple Watch.

With ProCam 3, the best just keep on getting better. It’s packed with all kinds of brand new features that will surely make it the go-to camera app on your iPhone. It sports a fully orientation adaptive user interface, so no matter which way you hold your iPhone you’ll be able to access its many features. Buttons across the left side of the screen provide you with control over focus and exposure, while pop-up menus around the shutter button allow you to apply live effects and lenses, adjust contrast and white balance, and choose different shooting modes.

ProCam 3 – Manual Camera and Photo / Video Editor is available for free for a limited time. It has a 4.5-star rating with a total of 3104 ratings.

Who Was? Adventure has a rather unique mechanic for a trivia game. The heads of famous figures will drop down into the screen. It’s up to you to tap on the person described at the bottom as quickly as possible. Each correct selection will remove the head from the screen, freeing up valuable space. If you guess incorrectly, the head you tapped on will remain and more and more will fill the screen. Power-ups and other objects will also populate the screen. The game includes 85 levels, an arcade mode, and more than 4,500 questions.

Who Was? Adventure is available for free for a limited time. It has a 4.5-star rating with a total of 31 ratings.

Sleep Better: Relaxing Waves ($0.99 → Free, 1.9 MB): Listen to relaxing waves to calm your mind with Sleep Better. It’s great for anyone who has trouble blocking out the world.

You can never have enough white noise apps, and Sleep Better is yet another solid addition to your collection. Sleep Better provides you with a simple and streamlined interface. It offers four different wave options, three of which vary in speed. Tap on the one you want and slide your finger across the bottom of the screen to set the sleep timer. That’s it. That’s all you have to do to lull yourself into a relaxed state of mind.

Sleep Better: Relaxing Waves is available for free for a limited time. It has a 4.5-star rating with a total of 21 ratings. 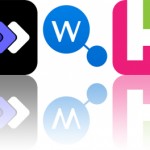 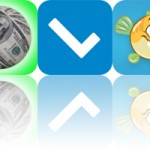