You are using an outdated browser. Please upgrade your browser to improve your experience.
App Bargain Bin
by Tyler Tschida
August 27, 2016

Defend your king’s honor, create fantastic photo collages, and save humanity from the dark mechanoids with today’s collection of apps and games.

Hanna & Henri – The Party ($3.99 → Free, 197.1 MB): An interactive storybook that allows your child to join best friends Henri and Hanna on their adventures together. It’s for children of all ages.

It’s Hanna’s birthday today, and Henri needs to go to the store to get her a present before her party. Your child gets to help Henri get ready for the party, pick out a present, and eventually enjoy the festivities. The app includes 14 pages of fun, and interactive educational games throughout. It also includes professional narration with text to follow along with.

Hanna & Henri – The Party is available for free for a limited time. It has a 4.5-star rating with a total of 14 ratings.

The Tiny King gives the orders and, as his loyal subject, it’s up to you to execute them to the best of your ability. You’re able to adjust the angle and the power of the cannon by dragging your finger over any part of the screen. Release to fire. The cannon has a limited amount of ammo, so you better take aim as carefully as possible. You’re able to use the spoils of war to gear up your warriors. The game includes more than 100 missions.

Tiny Empire is available for free for a limited time. It has a 4.5-star rating with a total of 30 ratings.

Neon Shadow ($0.99 → Free, 316.8 MB): Suit up and grab your gun to save humanity from the dark mechanoids that aim to take over the galaxy in Neon Shadow. It’s for fans of classic first-person shooter gameplay.

Neon Shadow was inspired by classic first-person shooters, so it’s all about running and gunning. You’re able to hone your skills through a variety of single player campaign levels. Then apply what you’ve learned to wipe out your friends in local or online multiplayer death matches. There’s even a two-player split screen mode available for iPad where you can go through the campaign together or fight against each other. The game also includes adjustable controls and layouts, and a cyber punk soundtrack.

Neon Shadow is available for free for a limited time. It has a 4-star rating with a total of 131 ratings.

Undead Legion ($2.99 → Free, 44.0 MB): Assemble your army and lead them to victory in Undead Legion. It successfully combines popular genres.

Undead Legion is a strategic puzzle game that requires you to outwit your opponent by matching tiles. To move your units, simply swipe to create a path to their destination. If you’re able to successfully match three or more of the same colored tiles, you’ll be rewarded with bonus hit points. Units are also able to block attacks from opposing forces. The game includes seven unit classes, 14 skills to utilize, and a random continent to explore.

Undead Legion is available for free for a limited time. It has a 5-star rating with a total of 62 ratings.

LiveCollage’s collection of layouts is second to none. It allows you to combine up to 16 photos using more than 1,000 layouts. The layout categories consist of basic shapes, posters, pin boards, stitched together photos, and even 3-D objects. You’re able to edit your photos as well before exporting your final creation.

LiveCollage Pro – Instant Collage Maker & Photo Editor & FX Editor is available for free for a limited time. It has a 4.5-star rating with a total of 12026 ratings. 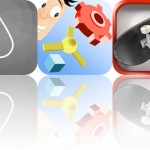 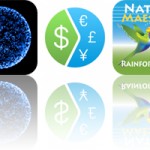