You are using an outdated browser. Please upgrade your browser to improve your experience.
App Bargain Bin
by Tyler Tschida
October 27, 2016

Manage your money, perform space battles in VR, and learn to read the letters of the alphabet with today’s collection of apps and games.

Frutorious ($0.99 → Free, 61.8 MB): Fling Mr. Fruts around colorful environments and save his friends in Frutorious. It’s a totally psychedelic platformer.

Mr. and Mrs. Fruts were having a peaceful picnic when suddenly an evil skull appeared and turned all of their friends into fruits. It’s up to you to help Mr. Fruts and his best friend Frutorious F.I.G. save the day. You’re able to fling Mr. Fruts by dragging your finger to aim and releasing to fire. Gather all of the fruits and coins on your way up while avoiding the many obstacles.

Frutorious is available for free for a limited time. It has a 5-star rating with a total of 9 ratings.

Play as a space war veteran with the only ship left in the entire squadron. Hop into the cockpit and battle endless waves of enemies. With Google Cardboard, you’re able to control your ship with a gamepad and simply turn your head to look around within the cockpit. It’s an immersive VR experience that you just have to see for yourself.

VR Space: The Last Mission is available for free for a limited time. It has a 3.5-star rating with a total of 5 ratings.

Learn to Read : Mario Alphabet Apps for kids ($3.99 → Free, 471.5 MB): Learn to read all of the letters in the alphabet with Mario Alphabet. It’s ideal for children ages three through seven.

Your child will love learning the alphabet with Mario. They get to roll, jump, fly, and sail around environments while learning to read. As Mario approaches a new letter obstacle, your child must drag it out of the way and, while doing so, will get to hear the sound it makes. Mario Alphabet includes 25 adorable characters and 168 levels.

Learn to Read : Mario Alphabet Apps for kids is available for free for a limited time. It has a 4.5-star rating with a total of 37 ratings.

Fudget – budget planner, expenses & personal finance ($1.99 → Free, 1.2 MB): Manage your money with Fudget. It’s for anyone who wants to stay on a budget without a lot of fuss.

Today only: Unlock Fudget’s pro features free of charge! Simply go to the Settings menu, tap on Fudget Pro Upgrade, and confirm your action. The upgrade will unlock eight themes, a calculator, Touch ID support, and the ability to export budgets.

Fudget takes a less-is-more approach to finance tracking. You’re able to create separate budgets for each month, specific occasions, or anything else you deem necessary. It only takes one tap to add income or an expense, and you will see your totals updated in real-time at the bottom of the screen. Income and expenses can be favorited in order to be repeated in future budgets. You’re also able to reorder, edit, and delete entries at will.

Fudget – budget planner, expenses & personal finance is available for free for a limited time. It has a 4.5-star rating with a total of 361 ratings. 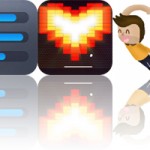 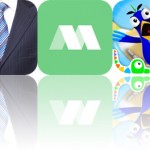 Today’s Apps Gone Free: Inspire Pro, How to Tie a Tie, Momento and More
Nothing found :(
Try something else