You are using an outdated browser. Please upgrade your browser to improve your experience.
App Bargain Bin
by Tyler Tschida
March 6, 2017

Stop legions of zombies from destroying humanity, boost your creativity, and solve a series of mind-bending puzzles with today’s collection of apps and games.

Wordid – Word Game ($0.99 → Free, 9.2 MB): Create four-letter words as quickly as possible in Wordid. Anyone who needs a great way to get their brain going.

Wordid is simple, casual fun. In each game you’re provided with 60 seconds and a jumble of letters. You must drag and drop the letters into the spaces at the top in order to create valid four-letter words as quickly as possible. Each valid word will earn you points, stickers, and additional time on the clock. You’ll also be provided with a new set of letters. Keep the game going for as long as you can to climb the leaderboards.

Wordid – Word Game is available for free for a limited time. It has a 4.5-star rating with a total of 27 ratings.

Perloo requires you to abandon all of your assumptions. The puzzles play with physics, quantum mechanics, philosophy, optics, and perception, so without a clear mind you won’t make it very far. Don’t expect any hand holding or explicit instructions, either. You’re all on your own in the nine mind-bending puzzles. The game also includes an original soundtrack that will help save your sanity.

Perloo is available for free for a limited time. It has a 4.5-star rating with a total of 120 ratings.

PirTie is available for free for a limited time. It has a 4-star rating with a total of 6 ratings.

Brainsparker creativity & creative thinking cards ($0.99 → Free, 27.3 MB): Boost your creativity and brainstorm new ideas with this productivity app. Everyone from coaches and teachers to writers and business managers.

Today only: Unlock all of Brainsparker’s card packs free of charge! Simply launch the app and choose the VIP Pass from the My Collections menu. You’ll be asked to confirm your action, which will unlock every single card pack Brainsparker has to offer.

Brainsparker works as your personal creativity coach. Whenever you’re facing a challenge in your life just call up Brainsparker, shuffle the cards, tap on one, and unblock your mind. Cards can include quotes, images, actions, and trigger words. Basic anything to get your creativity flowing. Cards can be favorited and shared. You’re also able to select specific card packs to include in each shuffle depending on your challenge.

Brainsparker creativity & creative thinking cards is available for free for a limited time. It has a 4-star rating with a total of 77 ratings.

The zombie hordes are advancing on your castle walls, but don’t worry, you’ve been preparing for this very moment. Erect massive towers and focus your artillery on the packs of zombies headed your way. If and when your defenses begin to fail, unleash special attacks from your heroes and utilize power-ups to finish the fight. The game includes four different heroes, 20 levels, and more than 40 zombie characters to annihilate.

ZvH: Zombies vs Humans is available for free for a limited time. It has a 5-star rating with a total of 16 ratings. 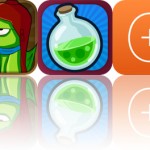 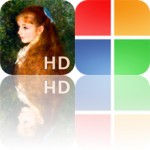