You are using an outdated browser. Please upgrade your browser to improve your experience.
App Bargain Bin
by Tyler Tschida
September 17, 2017

Identify matching tiles, convert more than 160 currencies, and steal from strangers and your opponents to create wealth with today’s collection of apps and games.

Currencies takes a different approach to exchange rate conversions. It puts all of your currencies in one place, allowing you to set an amount and see 160 conversions at once. You’re also able to set currencies as favorites, or simply have Currencies determine which you need to convert based on your location. The app also includes a lock screen widget, Apple Watch support with dictation, and intelligent clipboard detection.

Currencies – The Smart Currency Converter is available for free for a limited time. It has a 3.5-star rating with a total of 56 ratings.

Colossatron: Massive World Threat ($0.99 → Free, 75.6 MB): Take control of a giant robotic snake and destroy everything in your path in Colossatron. Fans of Halfbrick’s mobile games.

To overcome the formidable forces of General Moustache and his military units, you must attach colored power cores to the body of Colossatron in order to create matches of three. Power core colors can be mixed to create new, more powerful gadgets and weapons, so pay close attention to where you place them. You’re also able to upgrade and repair your Colossatron using prisms collected during your rampage. The game includes seven continents to destroy, epic boss battles, and achievements and leaderboards via Game Center.

Colossatron: Massive World Threat is available for free for a limited time. It has a 4.5-star rating with a total of 3037 ratings.

Pixel Trip isn’t your everyday matching game. This one is all about speed. The game includes three different modes, all of which require you to match tiles as quickly as possible. Each grid has one and only one set of four matching color tiles. You must drag your finger across them before the timer hits zero. It sounds easy, but once the clock starts ticking you’ll feel the pressure build.

Pixel Trip is available for free for a limited time. It has a 5-star rating with a total of 10 ratings.

The one thing you must remember while playing Among Thieves is that there isn’t any honor among thieves. Everyone is fair game. With that in mind, the rules are fairly straightforward. The goal of the game is to be the thief with the greatest fortune. You’re able to accumulate wealth by planning street robberies, performing dangerous heists, sabotaging your opponents, and even stealing directly from your opponents. All of this is accomplished by playing various action cards when it’s your turn. A complete list of rules is available within the game.

Among Thieves is available for free for a limited time. It has a 5-star rating with a total of 5 ratings. 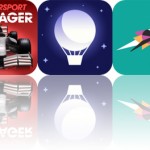 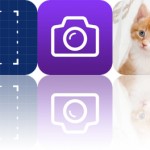