You are using an outdated browser. Please upgrade your browser to improve your experience.
App Bargain Bin
by Tyler Tschida
April 27, 2018

Rescue the princess, identify different colors, and learn animal names in different languages with today’s collection of apps and games.

Kooler will put your color differentiating skills to the test. The game consists of collections of shapes and colors, and you must identify the color that doesn’t belong as quickly as possible. The first handful of levels are pretty easy, but the difficulty ramps up pretty quickly. If you find yourself stuck, try closing your eyes for a brief moment to refocus.

Koolor – Tap different color is available for free for a limited time. It has a 5-star rating with a total of 5 ratings.

Spite & Malice HD ($4.99 → Free, 74.3 MB): This game of cards is full of spite and malice. Anyone who enjoys going head-to-head with friends in turn-based card games.

Unleash your inner demon with the fiendishly fun Spite & Malice. Your goal is to be the first person to play all of the cards from your own pile by placing them on the middle piles in numerical order. Don’t worry about the suits of the cards because in Spite & Malice they don’t mean a thing. Just remember that the best way to beat your opponent is to block them from ever playing their cards. The game includes a single player mode, and online real-time and turn-based multiplayer.

Spite & Malice HD is available for free for a limited time. It has a 4.5-star rating with a total of 3582 ratings.

Le Parker’s meringue is the best in the business. The only person he’s entrusted his recipe to is his true love, the princess. But the king’s men raided her chambers and stole his secret recipe in order to use it for evil. Now it’s up to you to reclaim what’s yours. The game consists of 32 dreamy levels spread across four worlds. The game’s responsive touch controls allow you to run, jump, and dodge with extreme precision. Le Parker: Sous Chef Extraordinaire also includes a bumping soundtrack, MFi controller support, and iCloud support.

Le Parker: Sous Chef Extraordinaire is available for free for a limited time. It has a 4.5-star rating with a total of 36 ratings.

Shoonya Jungle Animal for kids is available for free for a limited time. It has a -star rating with a total of ratings. 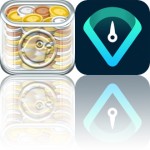 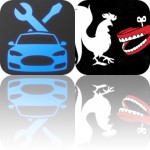