You are using an outdated browser. Please upgrade your browser to improve your experience.
App Bargain Bin
by Tyler Tschida
October 31, 2018

Clear the Dungeon deck, destroy colorful balloons, and play a game of Hearts with today’s collection of apps and games.

Card Crawl will undoubtedly take over your free time. It’s a Solitaire-style game, requiring you to clear a deck of 54 cards by collecting loot, casting spells, and slaying enemies. The general idea is to to equip weapons, shields, and other items in your two open hands and play them against the dungeon deck cards all while ensuring you never run out of hit points. Card Crawl has many other nuances to learn in order to develop a winning strategy, including unlocking and playing 35 ability cards, while still offering relatively casual Solitaire-style gameplay.

Card Crawl is available for free for a limited time. It has a 4.5-star rating with a total of 1659 ratings.

Legions of bloons are threatening Monkey Town and only you can stop them. Guide Super Monkey through the air while firing darts at the endless waves of bloons. Collect the blops that fall from the popped bloons and use them to upgrade your arsenal. The game includes 100 levels, 90 weapons, 40 power-ups, and a sticker pack.

Bloons Supermonkey 2 is available for free for a limited time. It has a 4.5-star rating with a total of 988 ratings.

Hearts Tournament ($4.99 → Free, 54.0 MB): Dodge hearts and avoid the dreaded Queen of Spades in this mobile version of the classic card game. Those who enjoy a hand of cards during their down time.

Hearts Tournament is the most social card game in the App Store. Play up to 30 turn-based multiplayer games at once, or hone your skills by taking on AI opponents. The game also includes three difficulty levels, push notifications, items to unlock by completing challenges, stat tracking, and achievements and leaderboards via Game Center.

Hearts Tournament is available for free for a limited time. It has a 4-star rating with a total of 762 ratings. 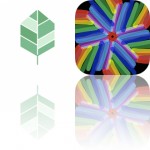 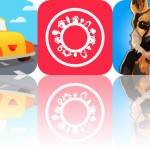 Today’s Apps Gone Free: Tom the Tow Truck, Living Planet and Get ‘Em
Nothing found :(
Try something else