You are using an outdated browser. Please upgrade your browser to improve your experience.
App Bargain Bin
by Tyler Tschida
January 21, 2019

Fight for survival, learn the basics of chess, and turn any iPhone into a planetarium with today’s collection of apps and games.

To search the sky, just hold your iPhone up in the air and Star Rover will tell you what you’re looking at. The app is able to calculate all objects in the sky in real-time, resulting in moon phases, planet positions, stars, and other objects appearing just the same as the real ones. Star Rover includes 120,000 stars, all 88 constellations, planets and their moons, the ability to manually search the sky, and detailed info for all items.

Star Rover – Stargazing Guide is available for free for a limited time. It has a 4.5-star rating with a total of 684 ratings.

Magnus Kingdom of Chess provides a fun way for your child to learn the basic rules and strategies of chess. As they progress through the game they’ll learn how each piece moves and captures, the notion of checkmate and simple checkmating patterns, how to make tactical moves, and techniques against a lone king. Children will also have the opportunity to play games versus a basic chess engine. Magnus Kingdom of Chess includes player profiles, a guided mode for your learners, and 10 languages to choose from.

Magnus Kingdom of Chess is available for free for a limited time. It has a 5-star rating with a total of 17 ratings.

The world has been brought to its knees by a nuclear incident. Survivors of the blast must fight amongst themselves for supplies and resources. Play as Max and decide whether to help those in need or claim everything for yourself in the never-ending battle survive. Tap to move through deserted towns and cities, and tap on characters to interact. A turn-based combat system allows you to strategically utilize weapons you’ve picked up along the way to land blows or counter attacks. The game’s reputation system will determine if your actions lead to good or evil.

Hardboiled is available for free for a limited time. It has a 4-star rating with a total of 57 ratings. 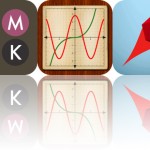 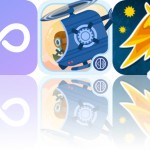 Today’s Apps Gone Free: Weple Habit, Mochu Sky Ranger and Son of the Sun
Nothing found :(
Try something else