You are using an outdated browser. Please upgrade your browser to improve your experience.
App Bargain Bin
by Tyler Tschida
January 5, 2019

Play a card game filled with spite and malice, check Twitter from your lock screen, and destroy monsters with beams of light with today’s collection of apps and games.

Play as a masked sorcerer perched atop the legendary Temple of Towaga. You’re objective is to fight off the monsters lurking in the darkness using your light beam. As the monsters descend upon the temple from all angles, highlight them with your beam and release to exercise. When times get tough, unleash your super light beam to cover large swaths of enemies. The game includes six chapters in all.

Towaga is available for free for a limited time. It has a 4.5-star rating with a total of 60 ratings.

Spite & Malice ($1.99 → Free, 74.7 MB): This game of cards is full of spite and malice. Anyone who enjoys going head-to-head with friends in turn-based card games.

Unleash your inner demon with the fiendishly fun Spite & Malice. Your goal is to be the first person to play all of the cards from your own pile by placing them on the middle piles in numerical order. Don’t worry about the suits of the cards because in Spite & Malice they don’t mean a thing. Just remember that the best way to beat your opponent is to block them from ever playing their cards. The game includes a single player mode, and online real-time and turn-based multiplayer.

Spite & Malice is available for free for a limited time. It has a 4.5-star rating with a total of 6161 ratings.

Before you do anything, you’ll have to link your Twitter accounts with Tweety. You can then customize the widget in order to fit how you use Twitter. Tweety allows you to adjust which accounts are showing tweets, how often they update, how much information is displayed, and whether or not you want quick actions. Tweety is also able to open tweets in Safari, the Twitter app, Tweetbot, or Twitterrific.

Tweety Pro Widgets for Twitter is available for free for a limited time. It has a 4-star rating with a total of 33 ratings. 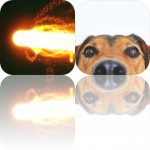 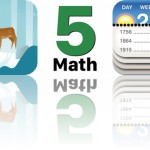