You are using an outdated browser. Please upgrade your browser to improve your experience.
App Bargain Bin
by Tyler Tschida
May 7, 2019

*** UPDATE: This morning’s AppsGoneFree list included iKnowBirdSongs. For some reason, the app is no longer available in the App Store, so we’ve removed it from today’s list to avoid any further confusion. ***

Travel through a dark and dangerous world and complete more boxes than your opponent with today’s collection of apps and games.

Odium to the Core isn’t for the faint of heart. Touch and release your finger to guide Odium through the dark and moody world. Touch anything that isn’t red and you’ll have to either start all over or from the last checkpoint. Each of the 15 levels is loaded with traps, enemies, and collectibles, and they all have their own original music. In addition to the main campaign levels, you’re able to test your skills with Nightmare and Endless modes.

Odium to the Core is available for free for a limited time. It has a 5-star rating with a total of 9 ratings.

Dots and Boxes – Dino Fury Edition provides a neat twist on the classic pencil-and-paper game. Like the original, your job is to score points by completing boxes. Tap on a dot to start a fence, and tap on another dot to complete it. It doesn’t matter who starts the box, only the player who finishes it gets the points. The twist is that dinosaurs roam the map as well, and capturing them earns bonus points. Between turns the dinosaurs will move, chasing their prey or lumbering towards leafy snacks, so plan your moves wisely. The game supports up to four players locally.

Dots and Boxes – Dino Fury Edition is available for free for a limited time. It has a 5-star rating with a total of 6 ratings. 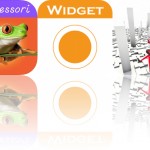 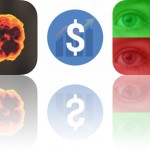 Today’s Apps Gone Free: Charred, Budget and PixelWakker
Nothing found :(
Try something else