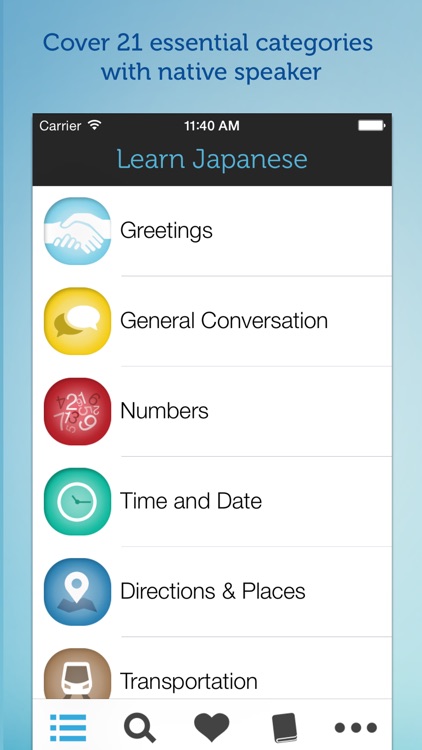 **Best Japanese learning app on the go! Ranks above 100 place in Travel section in the App Store in 42 countries.**

The most easy to use mobile phrasebook aims at tourists and business people visiting Japan. Turn essential words and phrases into native voice which you can practice or play it to local people to get around with confidence. 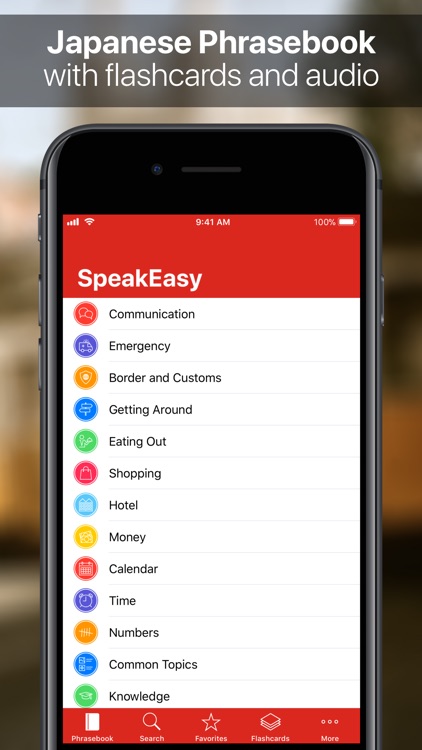 With over 1,000 spoken and phonetically written words and expressions, this phrasebook is designed to do exactly what the name says - make speaking Japanese easy for you

With over 1,000 spoken and phonetically written words and expressions, this phrasebook is designed to do exactly what the name says - make speaking Japanese easy for you.

Perfect for those traveling to Japan, this phrasebook covers essential phrases on topics such as meeting people, eating out, transportation, sightseeing, shopping and many more. 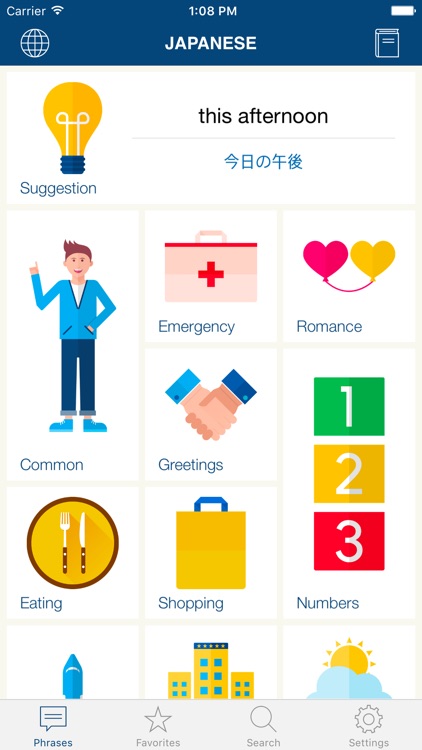 Using this app, you can learn Japanese phrases and words from our native Japanese speaking parrot. The parrot works together with you to practice your speaking and listening skills, wherever and whenever you are. Learning Japanese can never be easier! 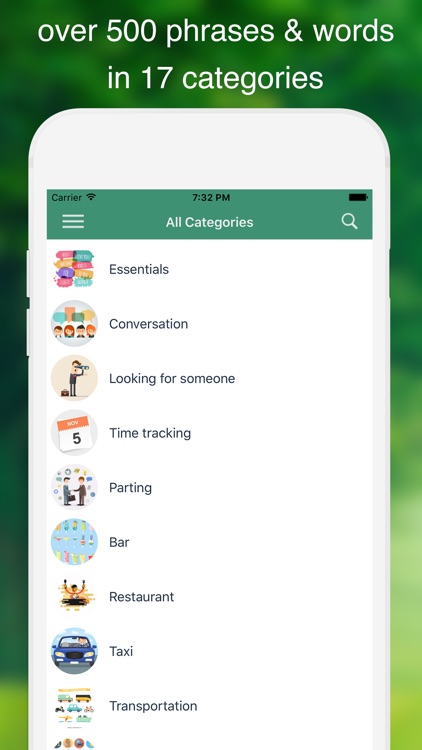 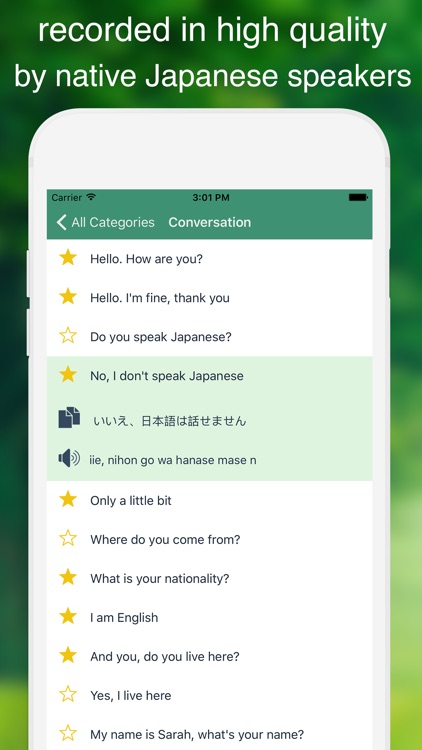 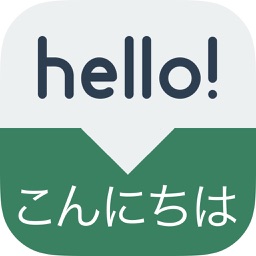 - All Burmese phrases and words included transcripts for easy to learn.

- All sounds were recorded in high quality by native Japan speakers.​ 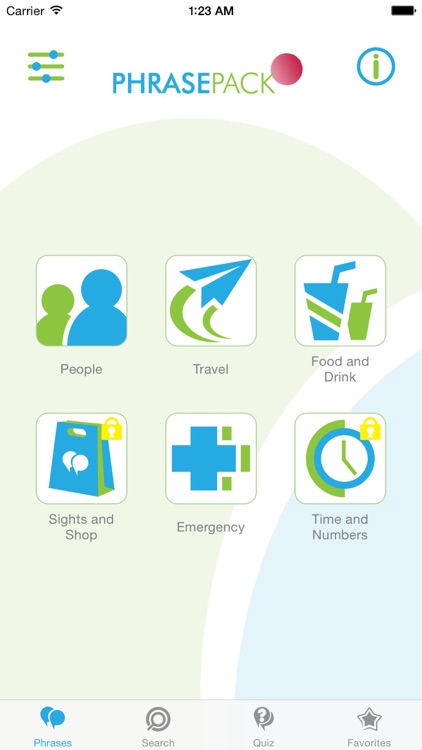 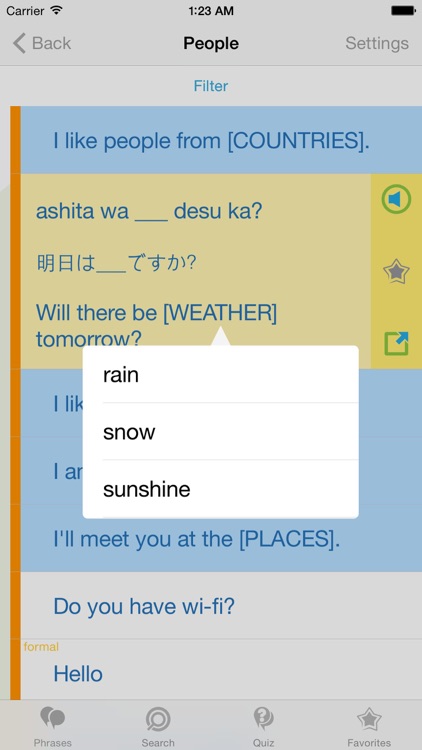 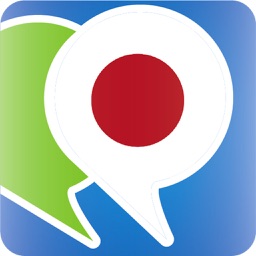 Over 3500 Japanese Words and Phrases. One of the most comprehensive phrasebooks available.

Are you planning a trip to Japan? Are you living in the country?

PhrasePack Japanese has been designed to help you interact with the locals.
From ordering food in a restaurant, asking for directions or to be in an... 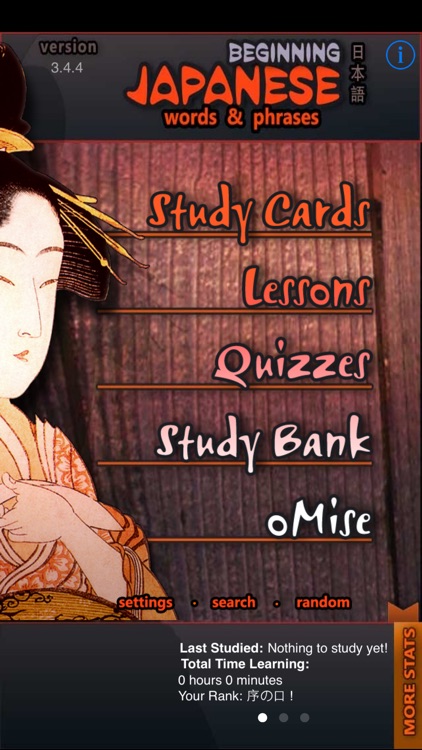 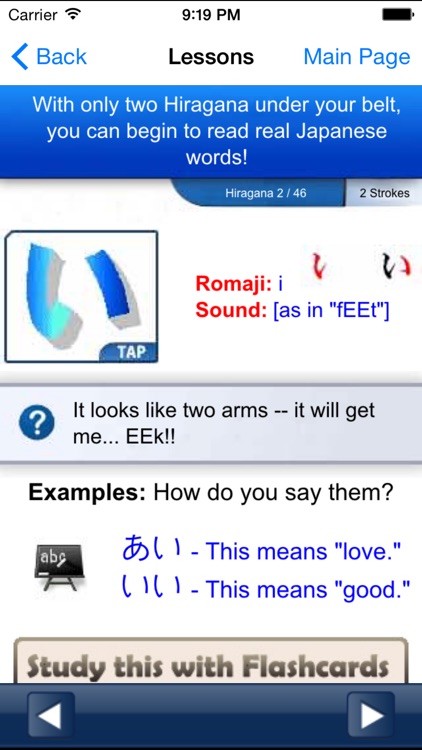 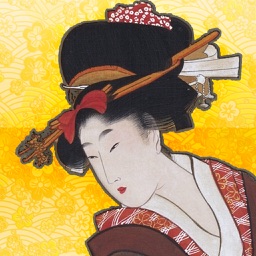 Get this great app to start or supplement your Japanese studies!

Learn Japanese Phrases, Grammar, Hiragana, Katakana, and Kanji
For Beginners and Upper Beginners on your iPhone, iPod Touch, and iPad

"Before I'd used the J Phrases app I wasn't too serious in learning Japanese. But... 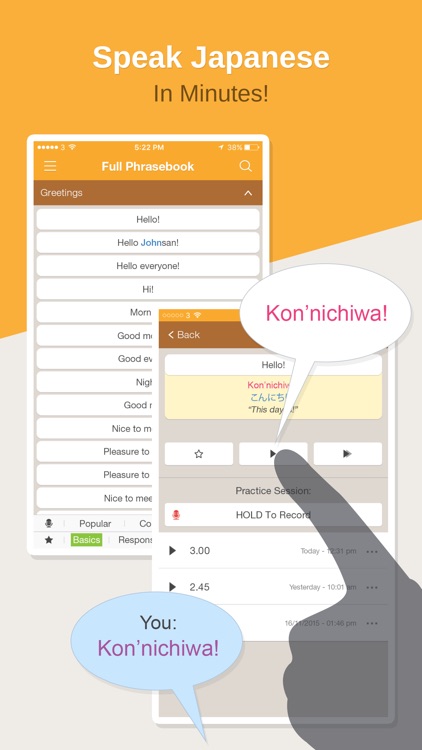 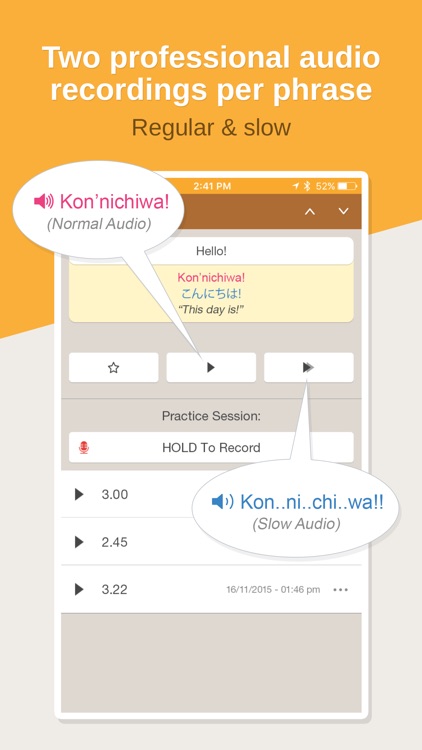 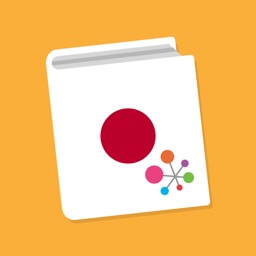 Just download Hello Pal's free Japanese Phrasebook, and start developing your Japanese language skills by using phrases from the phrasebook as you need them in real life! 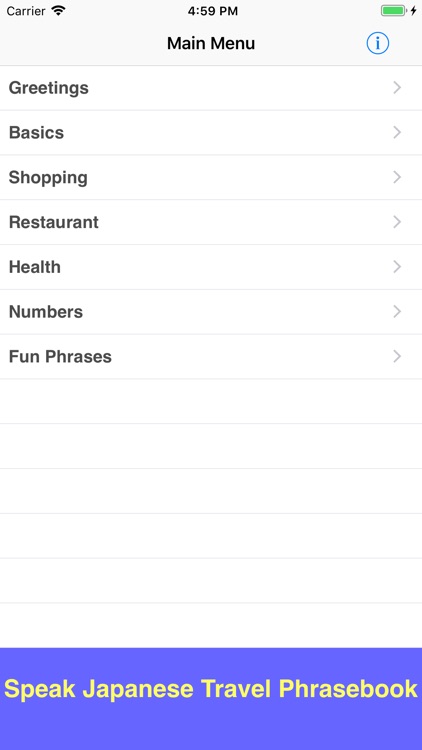 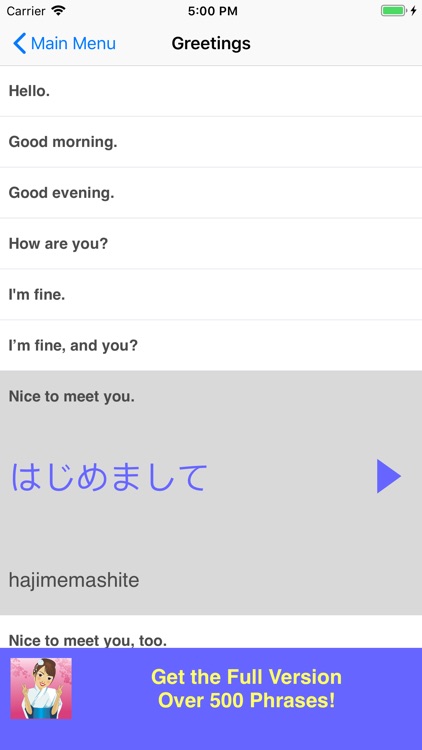 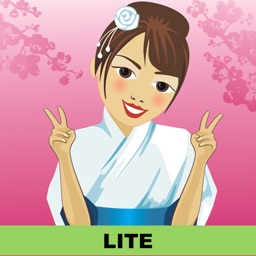 Great for travel or study! Speak Japanese Travel Phrasebook Lite is an easy to use talking phrasebook app for the Japanese language. Each phrase is displayed in large sized Japanese script, phonetic transliteration, and English translation. Hear the audio for each phrase in a clear, pleasant voice from a Japanese... 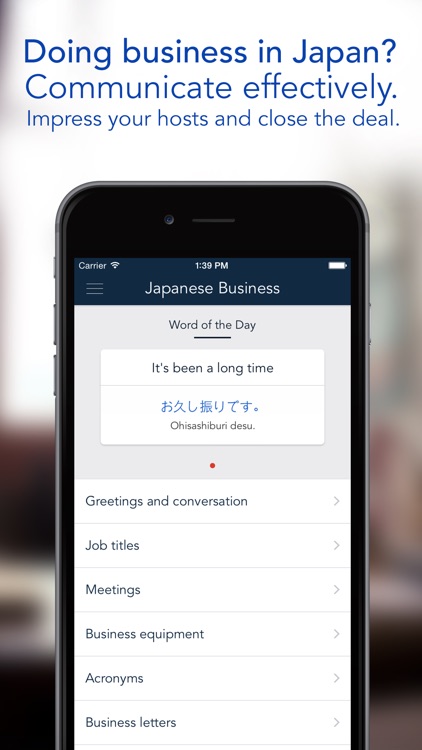 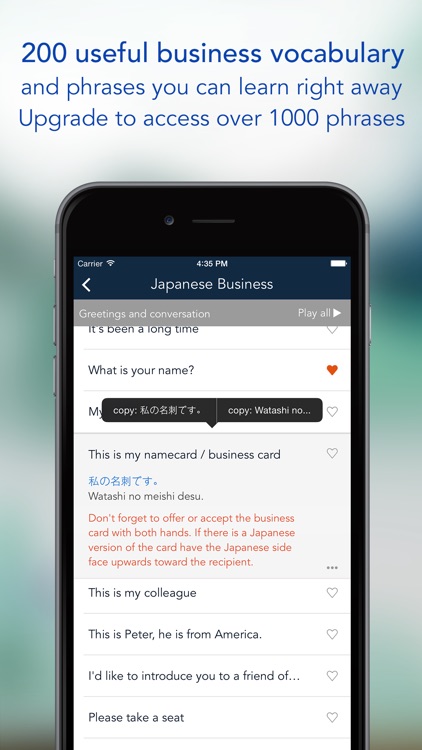 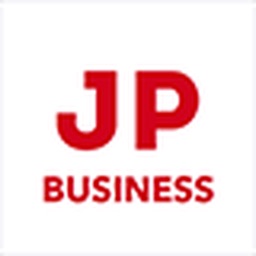 Doing business in Japan? You need this app. Communicate effectively. Impress your hosts and close the deal.

Made by the developers of the popular Learn Japanese app, Japanese Business is designed to help you communicate effectively and learn more about Japanese business culture.

Knowing a little can go a long... 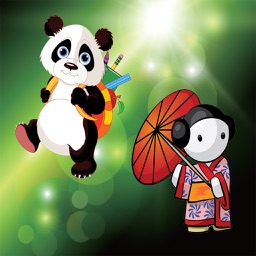 •More than 45 categories, including 6 travel sections, falling in and out of love, arguing, small talk and many others.
•More than 2,500 total phrases with audio.
•Much improved search/filtering performance
•Add your own topics
•Add, edit, delete your own phrases as you learn new phrase
•Record audio for any phrase you add or edit
• Memorization mode lets you memorize the phrases while engaged in other activities such as, jogging, working out, working on the job, reading, etc.
• Listen to and control your music without leaving the product
• Listen to music in the background while using memorization mode, making the memorization an entertaining experience
• Improved performance
• Improved searching
• Improved favorites
• Send one or more phrases to anyone via email without leaving the app
• Send one or more phrases using SMS
• Send one or more phrases to Facebook
• Record your own voice (or your friend’s) for any existing phrase or phrases you add yourself
• Memorization mode now works when the software is running in the background. So you can now use most other software, including games while you continue to listen and memorize phrases. Please note that while running in the background, the operating system may stop the audio if it needs to do so for any reason. If that happens, simply go back to the app and it will continue playing automatically again.
• Integration with iAd network 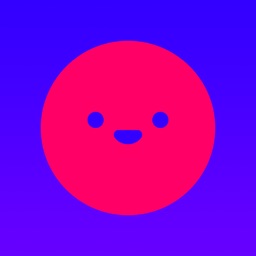 Have you planned a trip to Japan?
Did you just start learning Japanese?
Then you need this app!

Taptaro is a simple yet effective audio phrasebook of more that 450 useful English words and phrases translated and recorded by native Japanese speakers to help you communicate better and learn more about the Japanese culture.

Taptaro is best suited for casual travelers and beginner learners of Japanese. It’s free to download and always will be.

With Taptaro you can practice your Japanese listening comprehension and improve your fluency and pronunciation by listening to the original audio and then recording your own voice. A single tap plays the audio and reveals the Japanese translation, transliteration in Latin alphabet (Romaji) and recording button. If you find the native audio speed too fast, you can long-press the word/phrase to play the audio at a slower speed.


Enjoy learning Japanese with Taptaro–the easy to use mobile English to Japanese phrasebook. Packed with more than 450 words and phrases from 12 language-specific categories, Taptaro is the ultimate resource before and during your trip to Japan. 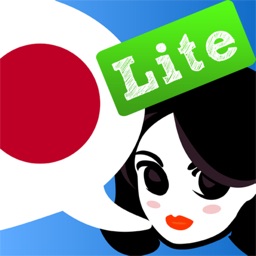 *** Over 6 million downloads of Lingopal!!! *** Lingopal Japanese Lite is a fun iPhone app that gives you essential professionally translated phrases including audio. Better still is LINGOPAL 44 - FREE with 44 languages!!!

Lingopal makes it easier to meet people from other cultures, have real conversations, and have a lot of fun along the way.

Great for backpacking, business travel, multi-cultural living, and getting yourself into and out of trouble around the globe.

• Use offline - no need for internet connection.
• Also available in the following languages:*