New games are racing into the App Store, and fighting for their survival. This week is one of the busiest in recent memory with a wide gamut of interesting new releases. The early highlights include an over the top cop avoidance sequel, an action packed 2D fighting game, an aerial zombie attack follow-up, and much more. 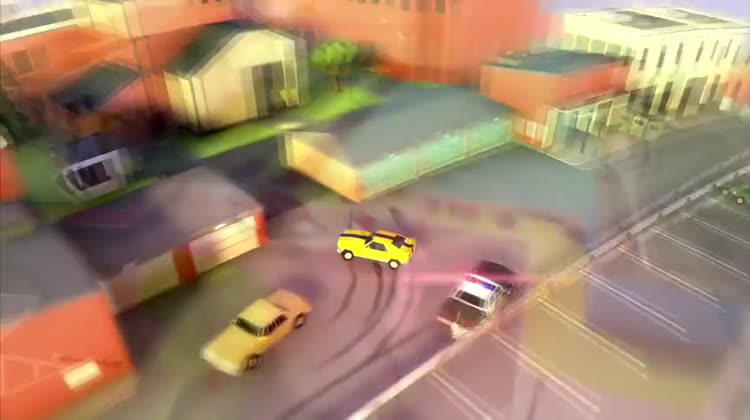 Reckless Getaway returns in an all new form. The sequel continues the theme of avoiding the cops, but now in an open world format. Your goal is to last as long as you can in free roaming levels with tons of cops, and the ability to truly be reckless with havoc causing driving skills. There are also numerous unlockable cars that bring their own side missions to the different maps.

Blast away zombies from the air all over again.

Zombie Gunship returns with a similar set-up. You take control of a AC-130 Gunship, and try to take out all of the zombies on the ground. The new edition introduces all new missions, as well as ground troops to direct and a base to defend.

Pilot your ship through various galaxies in an attempt to complete the mission based campaign. The heard of the game is 3D aerial combat, set in space. Get ready to blast enemy ships, and dodge incoming fire with 360 degree movement.

A building simulation game with the unique setting of a prison. You need to construct and maintain a maximum security prison. The game begins by building each cell block, and then you need to manage the day to day of the prison including the staff and prisoner morale.

Train and care for your Magikarp to get it to jump the highest.

A training simulator set in the Pokemon universes that focuses on Magikarp. There are virtual pet style elements to care for, train, and upgrade your Magikarp. The goal is to get your Magikarp to jump the highest with tournaments to compete in as you level up. The game is a bit like a clicker in term of upgrade cycle, but without clicking.

Guide your disc from point to point in this zen like adventure. There are seven different worlds filled with black holes, collapsing ground, ad more obstacles to contend with as you glide along.

Pro Evolution Soccer returns for 2017 with all new graphics, simplified touch controls, and new game modes. The major emphasis of the game is to build your own team, like "Ultimate Team" mode in Fifa. Sadly, PES doesn't let you choose your favorite team with the current roster, and play the season.

A digital card game that tests your trading skill.

Become a trader in this new digital adaptation of a classic card based board game. Your goal is to buy, sell, and trade goods at a better profit than your opponent.